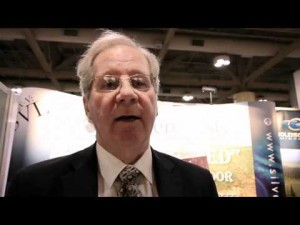 J. Scott Drever, President stated on the third quarter 2012; “The Santa Elena Mine continues to produce silver and gold on a consistent basis. We would like to congratulate our operations team in Mexico for achieving record silver production of 151,368 ounces for the quarter. Based on our production to date we are increasing our annual silver production guidance from 435,000 ounces to 535,000 ounces. We are maintaining our annual gold production guidance of 33,500 ounces. We expect another strong operating performance in the fourth quarter, which in conjunction with our significant operating profit margins should enhance our overall financial performance.”
The Santa Elena operations performed well in the third quarter, with record silver production of 151,368 ounces or 42% higher than the comparative quarter in 2011. Silver production was higher than projected due to improvements in recoveries. Gold production of 7,184 ounces was 18% below the same quarter in 2011 due to lower grades mined in the pit which was consistent with current mine plan projections. It is expected that contained gold ounces placed on the pads will increase during the fourth quarter as higher grade benches are developed in the pit. Open pit tonnes and grades continue to track closely with the geological block models and open pit mine plan. The crushing circuit continues to perform well and crusher throughput averaged 2,887 tonnes per day or 10% above the same quarter in 2011.

Under a land access and occupation agreement signed in 2007 between the Company and Bienes Comunales de Banamichi, Sonora (the “BC”), the Company has acquired the rights to access, for a term of 20 years, a total of 841 hectares of land owned by the BC where the Company’s mining operations are situated. During Q3 2012, a small number of dissident members of the BC engaged in illegal activities that partially restricted access of some Company employees and contractors to the mine site for a period of 3 days in order to make demands for an increase to annual lease payments. Government officials moved quickly to remove the dissidents and restore the Company’s legal access to its operations. The restricted access was costly in lost work time for some employees and onsite contractors. Although the land access agreement signed with the BC is legally binding upon its terms, the Company has agreed to engage in a dialogue with the dissident members of the BC in order to maintain its harmonious relationship with the community.

N. Eric Fier, CPG, P.Eng. and Chief Operating Officer for SilverCrest Mines Inc. and Qualified Person for this news release has reviewed and approved its contents.

SilverCrest Mines Inc. (TSX VENTURE:SVL)(NYSE MKT:SVLC) is a Canadian precious metals producer headquartered in Vancouver, BC. SilverCrest’s flagship property is the 100%-owned Santa Elena Mine, which is located 150 km northeast of Hermosillo, near Banamichi in the State of Sonora, Mexico. The mine is a high-grade, epithermal gold and silver producer, with an estimated life of mine cash cost of US$8 per ounce of silver equivalent (55:1 Ag:Au). SilverCrest anticipates that the 2,500 tonnes per day facility should recover approximately 4,805,000 ounces of silver and 179,000 ounces of gold over the 6.5 year life of the open pit phase of the Santa Elena Mine. A three year expansion plan is underway to double metals production at the Santa Elena Mine and exploration programs are rapidly advancing the definition of a large polymetallic deposit at the La Joya property in Durango State.