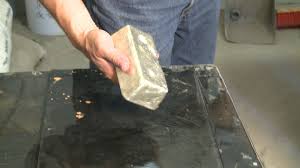 SilverCrest Mines Inc. (TSX:SVL) (NYSE MKT:SVLC) is pleased to announce silver and gold production results from its 100% owned Santa Elena Mine located in Sonora, Mexico, for the second quarter (Q2) of 2014. The Santa Elena Mine is currently transitioning from an open pit heap leach to a conventional 3,000 tonne per day (tpd) mill facility and underground operation. As a result, projected and actual production for the quarter were lower than that of the comparable quarter of 2013. An update on the commissioning activities is provided below. For additional information and to view photos and videos, please visit the Company’s website at www.silvercrestmines.com.

N. Eric Fier, President and COO stated; “As expected, Santa Elena’s second quarter production was lower than the first quarter of 2014 as a result of closing the open pit ahead of schedule, phasing out production from the heap leach operation and starting up the new processing facility. There are always challenges when transitioning from an open pit, heap leach operation to an underground mine and milling circuit, but we are fortunate to have dedicated commissioning and operating teams that have consistently delivered steady progress towards full mill and underground production. Our current focus is to continue to address commissioning issues as they arise to assure the nameplate design capacity of 3,000 tpd continuous throughput is achieved by early August.”

As projected, metal production for Q2, 2014 was down 14% and 47% for silver and gold, respectively, compared to Q1, 2014. The decrease in silver and gold production was primarily related to the closure of the open pit on April 4, 2014, three months ahead of schedule, and subsequent reduced production from the leach pad.

The mill is currently running at approximately 2,130 tpd on a continuous basis, and is undergoing further fine-tuning during ramp up to 3,000 tpd. As planned, the mill feed during the commissioning period has come from the leach pad reserve (“pad ore”), with blending of higher grade underground ore to start during Q3, 2014. Approximately, 40,100 tonnes of pad ore was milled up to June 30, grading 0.79 gpt Au and 54.1 gpt Ag, which is approximately 25% higher for gold and 50% higher for silver compared to budgeted grades of 0.63 gpt Au and 36.0 gpt Ag. In June, the new mill produced 48,992 ounces of silver and 901 ounces of gold. Preliminary recovery estimates for the new mill indicate that the design recoveries of 92% of Au and 67.5% of Ag will be reached as the circuit achieves its steady-state 3,000 tpd throughput.

SilverCrest continues ore development on five levels in the underground mine. During the second quarter, approximately 29,000 tonnes of development ore were mined and stockpiled for future mill processing. The ore grade is 1.53 gpt Au and 111.6 gpt Ag, which is consistent with current reserve models. All underground production equipment purchased by the Company is on site. SilverCrest personnel will undertake all production mining from Avoca stopes (mining from the bottom up with subsequent back-filling), and all development work will continue to be done by a contractor. Production stoping is scheduled to begin in late July.

Current market guidance of 3.3 to 3.6 million AgEq ounces for 2014 remains unchanged, since the second half of 2014 is expected to be heavily weighted with significantly higher metal recoveries, and full production through the mill. Market production guidance will be reviewed for possible revisions once mill commissioning is complete and underground stope production is underway.

The Company plans to issue its second quarter financial results on Thursday, August 14, 2014.

SilverCrest Mines Inc. is a Canadian precious metals producer headquartered in Vancouver, BC. SilverCrest’s flagship property is the 100%-owned Santa Elena Mine, located 150 km northeast of Hermosillo, near Banamichi in the State of Sonora, Mexico. The mine is a high-grade, epithermal silver and gold producer, with an estimated life of mine of 8 years and average operating cash costs of $11 per ounce of silver equivalent (55:1 Ag:Au). SilverCrest anticipates that the new 3,000 tonnes per day conventional mill facility at the Santa Elena Mine should recover an average of 1.5 million ounces of silver and 32,800 ounces of gold per year over the current projected mine life. Major expansion and commissioning of the 3,000 tonnes per day conventional mill facility is nearing completion and is expected to significantly increase metals production at the Santa Elena Mine in 2014 and beyond. Exploration programs continue to make new discoveries at Santa Elena, and also have rapidly advanced the definition of a large polymetallic deposit at the La Joya property in Durango State, Mexico.