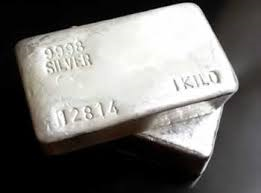 SilverCrest Mines Inc. (TSX:SVL) (NYSE MKT:SVLC) (NYSE Amex:SVLC) is pleased to announce a major milestone for the Company with the commissioning of the new 3,000 tpd CCD-MC processing plant now underway at its 100% owned Santa Elena Mine in Sonora, Mexico. The scheduled three year Expansion Plan to transition from an open pit heap leach operation to a conventional mill and underground mine is nearing completion. The US$99 million program including drilling, Pre-Feasibility Study, detailed engineering, new processing plant, and underground development is on budget (+/-5%) and has experienced only modest delays from the original schedule. Construction involved approximately 450 workers at its peak with a total of more than 1.5 million man-hours worked. Please click here www.silvercrestmines.tv/ to view the new ball mill in operation. For additional information and to view photos and videos of the mill, the processing plant and the mine site, please visit the Company’s website at www.silvercrestmines.com.

N. Eric Fier, President and COO stated, “The mill start-up is a significant milestone in the successful development of Santa Elena and the responsible growth created by the “phased approach” business plan of the Company. This major achievement is a testament to the hard-working teams at Santa Elena and SilverCrest as we continue to make the transition from a junior to a mid-tier precious metal producer. The new processing facility and underground mine will significantly increase our silver and gold production in 2014 and beyond.”

The commissioning phase for the processing facility, which is expected to span approximately three months, will gradually increase throughput parameters from approximately 500 tpd until the design capacity of 3,000 tpd is reached. The commissioning phase is planned to test all aspects of the facility and remediate any issues that may arise. Mill feed during the commissioning period will initially come from the leach pad reserve with blending of higher grade underground ore to start in late Q2 2014. Underground development ore is being progressively stockpiled (currently 4.7k tonnes grading 1.3 gpt Au and 81 gpt Ag) in anticipation of processing during the commissioning period.

During the three month commissioning phase, metal production from the heap leach operation will continue at a reduced rate.

Underground development continues on an accelerated schedule to access underground ore for mill feed. Development work is progressing at an average rate of 10 metres per day with more than 2,800 metres completed. The decline ramp has reached the 570 metre level (surface at 780m) and five lateral levels have accessed underground reserves in preparation of stope production. Underground production equipment (Company-owned and operated) is expected to arrive on site later this quarter with immediate accelerated production from already developed stopes.

The Qualified Person under National Instrument (NI 43-101) Standards of Disclosure for Mineral Projects for this News Release is N. Eric Fier, CPG, P.Eng, President and Chief Operating Officer for SilverCrest Mines Inc., who has reviewed and approved its contents.

SilverCrest Mines Inc. is a Canadian precious metals producer headquartered in Vancouver, BC. SilverCrest’s flagship property is the 100%-owned Santa Elena Mine, located 150 km northeast of Hermosillo, near Banamichi in the State of Sonora, Mexico. The mine is a high-grade, epithermal silver and gold producer, with an estimated life of mine of 8 years and operating cash costs of $11 per ounce of silver equivalent (55:1 Ag:Au) for the open pit heap leach and underground mine. SilverCrest anticipates that the new 3,000 tonnes per day conventional mill facility at the Santa Elena Mine should recover an average annual rate of 1.5 million ounces of silver and 32,800 ounces of gold over the current reserve. Major expansion and construction of the 3,000 tonnes per day conventional mill facility is nearing completion and is expected to significantly increase metals production at the Santa Elena Mine (open pit and underground) in 2014 and beyond. Exploration programs continue to make new discoveries at Santa Elena and also have rapidly advanced the definition of a large polymetallic deposit at the La Joya property in Durango State, Mexico.