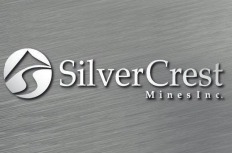 SilverCrest Mines Inc. (TSX-V: SVL; NYSE MKT: SVLC) announces it will hold its annual general meeting of shareholders at 10:00am PDT on June 11, 2013 at the Metropolitan Hotel Vancouver, 645 Howe Street, in Vancouver, BC.  May 6, 2013 has been fixed as the record date for determining shareholders entitled to vote at the meeting.

SilverCrest also announces the approval by its Board of Directors of an advance notice policy.  This requires advance notice to the Company where nominations of persons for election to the Board of Directors are made by shareholders other than pursuant to the requisition of a meeting or a shareholder proposal. The purpose of the policy is to provide shareholders, directors and management of SilverCrest with a clear framework for nominating directors of the Company. This will ensure that all shareholders receive adequate notice of the director nominations and sufficient information regarding all director nominees, facilitate an orderly and efficient shareholders’ meeting and allow shareholders to register an informed vote after having been afforded reasonable time for appropriate deliberation.

The advance notice policy fixes a deadline by which holders of record of common shares of the Company must submit director nominations in writing to the Company prior to any annual or special meeting of shareholders at which directors are proposed for election, and sets forth the information that a shareholder must include in the notice to the Company.  No person will be eligible for election as a director of SilverCrest unless nominated in accordance with the advance notice policy.

Notice to the Company must be provided not less than 30 days and not more than 65 days prior to the date of an annual general meeting provided, however, in the event the annual general meeting is to be held on a date that is less than 50 days after the date on which the first public announcement of the date of the annual meeting was made, notice may be provided not later than the close of business on the 10th day following such public announcement.

In the case of a special meeting of shareholders which is not also an annual meeting, notice to the Company must be made not later than the close of business on the 15th day following the date on which the first public announcement of the date of the special meeting was made.

For the upcoming annual meeting of shareholders, any notice delivered to the Company prior to the close of business on May 10, 2013 shall be deemed to have been timely delivered.

SilverCrest Mines Inc. is a Canadian precious metals producer headquartered in Vancouver, BC. SilverCrest’s flagship property is the 100%-owned Santa Elena Mine, located 150 km northeast of Hermosillo, near Banamichi in the State of Sonora, México. The mine is a high-grade, epithermal gold and silver producer, with an estimated life of mine cash cost of US$8 per ounce of silver equivalent (55:1 Ag: Au). SilverCrest anticipates that the 2,500 tonnes per day open pit heap leach facility at the Santa Elena  mine should recover approximately 625,000 ounces of silver and 33,000 ounces of gold in 2013. . An expansion plan is well underway to double the annual metals production at the Santa Elena Mine (open pit and underground). Exploration programs have rapidly advanced the definition of a large polymetallic deposit at the La Joya property in Durango State with stated resources nearing 200 million ounces of Ag equivalent.