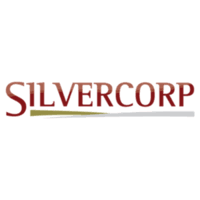 Silver-lead-zinc mineralization at the Zhonghe Project is similar to that found at the SGX Mine in the Ying Mining District (i.e., massive galena lenses in structural veins). Highlights of selected drill intercepts include:

The Company will utilize Henan Found’s existing management team at the Ying Mining District to manage the future development of Zhonghe. As the largest taxpayer in Luoning County, Henan Found has established a good working relationship with the Luoning government, has an excellent reputation within the local community, and intends to bring in the local government and community as 8% – 10% partners on the project. The Company expects full support from the local government and community in the future, converting the exploration right to a mining license and developing operations at the Zhonghe Project.

The exploration right comprising the Zhonghe Project is located in Dongshong Township of Luoning County and covers an area of 4.9 km², being approximately 1.1 km wide (east-west) by 4.9 km long (north-south). From March 2016 to August 2019, the Department of Natural Resources of Henan Province completed 3,213 m³ of trenching and 36,091 m of diamond drilling in 54 diamond drill holes that defined silver-lead-zinc vein structures extending over 4.9 km long, and from surface at 640 m elevation down to minus 450 m elevation, dipping to the west at an average of 70 degrees.

Based on the drill grid spacing of 175 m to 223 m along strike and 162 m to 272 m down dip, mineral resources for silver, lead and zinc estimated using Chinese standards (not NI 43-101 compliant) were calculated by the No 1 Institute of Geological and Mineral Resource Survey in Henan Province in 2019, and published on the auction website.

Based on China’s regulations on issuing mining licenses, one requirement is that this project will need to be advanced to “exploration stage”, that is, at least 50% of the resource estimates shall be defined by a drilling grid averaging no greater than 75 m by 75 m. For 50% of the area of mineralization (4 km long by 1 km wide) at the Zhonghe Project to reach a drilling grid of 75 m by 75 m from its current stage, it is estimated 200,000 m in 350 holes will need to be drilled. The Company plans to initiate a drilling campaign in the first quarter of 2021 that will be completed by 2022.

Guoliang Ma, P. Geo., Manager of Exploration and Resource of the Company, is the Qualified Person for Silvercorp under NI 43-101 and has reviewed and given consent to the technical information contained in this news release.

Silvercorp is a profitable Canadian mining company producing silver, lead and zinc metals in concentrates from mines in China. The Company’s goal is to continuously create healthy returns to shareholders through efficient management, organic growth and the acquisition of profitable projects. Silvercorp balances profitability, social and environmental relationships, employees’ wellbeing, and sustainable development.