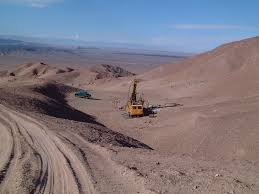 Silver Standard Resources Inc. (NASDAQ: SSRI) (TSX: SSO) announces today that it has entered into a definitive agreement with Mandalay Resources Corporation (TSX: MND) to sell 100% of its Challacollo project in Region I, Chile. Mandalay is a Canadian-based company listed on the Toronto Stock Exchange.

Under the terms of the definitive agreement, Silver Standard will sell its interest in Challacollo for aggregate consideration of:

Silver Standard will also have a 2.0% NSR royalty on silver sales in excess of 36 million ounces, up to a maximum of$5 million.

Completion of the transaction is subject to customary closing conditions, including TSX approval.  Silver Standard expects the transaction to close in the first quarter of 2014.

“This transaction adds to our already robust balance sheet and positions us well heading into 2014,” said John Smith, President and CEO. “Our aim is to monetize our portfolio through both building mines and selling non-core properties. This approach underpins our growth strategy.”