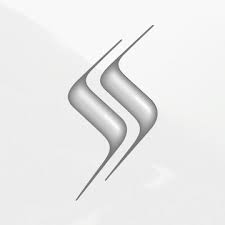 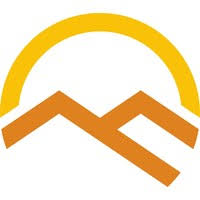 “We are extremely pleased with the initial 2020 drill results from Virginia,” Silver Sands’ CEO, Keith Anderson, commented. “These results confirm our strong faith in the project, showing both strike potential for additional silver mineralization in known veins and indications of new mineralization in minimally to untested peripheral veins. We are excited to get the next phase of the fully funded 2021 exploration program underway to further expand the known mineralization and locate new mineralization,” he concluded.

Mirasol’s Chair and Interim CEO, Patrick Evans, commented, “Virginia is one of Mirasol’s flagship projects currently under partnership and located in a prolific silver mining district. The latest drill results confirm the strong potential to build on Virginia’s current resource base within the 74,000 ha mining concession, which remains unexplored. With Silver Sands, we intend to methodically explore the entire project to grow its scale.”

Phase I drilling completed at Virginia in late 2020 tested the potential for new high-grade silver zones to expand on the existing NI 43-101 resource1. All the drilling, except for the holes at the Magi target, focused on potential strike extensions along the known trends that host the current resource and also previously untested, but proximal and related, vein structures. Initial results confirm the potential to identify new well-mineralized structures that do not outcrop on surface. Planning for the Phase II program is progressing well and Mirasol’s exploration crew is mobilizing to recommence drilling later this month.

Figure 1: Plan map with the Phase I drill hole locations and conceptual pit shells related to the current resource

The Martina hole MSE-DDH-001 collared 70m to the southeast of the current conceptual pit outline was located to test a significant structural “jog” in the mineralized Martina structure. The drill hole encountered significant Ag mineralization at a depth of 79.5m downhole returning a wide intersection of 33.5m grading at 198 g/t Ag, with a higher-grade section of 17.7m grading 313 g/t Ag. Additional anomalous Ag intersections were also encountered in this hole and are reported in Table 1.

This first hole at Ely Central was collared along the structure within an 850m gap between the Ely South and Ely North conceptual pit shells, some 470m south of the Ely North resource. The hole returned a 12m intercept of 184 g/t Ag, which includes a higher-grade intersection of 4.5m at 442 g/t Ag. This intersection is significant and confirms the potential to grow the current resource base along the Ely structural trend.

Drill hole NE-DDH-001 at the Naty Extension target intersected a near surface, wide zone of mineralization from top of the hole at 14m down to 42.75m with an overall intercept of 28.75m grading 55 g/t Ag. The highest-grade intersection in this section returned 2.43m grading 143 g/t Ag, with a peak sample of 244 g/t Ag over 0.7m. This result potentially extends the higher-grade Ag mineralization footprint associated with the Naty conceptual pit 250m to the north.

The two previous drill holes at Magi from Mirasol’s 2012 drilling intersected interesting low temperature epithermal veining with anomalous Ag values. For example, hole VG-91, the deepest of the previously drilled holes in this target area, returned 8m of 52 g/t Ag. This drilling suggested that Magi may represent a higher elevation in both the Virginia volcanic stratigraphy and the mineralized epithermal column on the eastern most side of the Virginia vein field. Due to the high and cooler epithermal environment, it is to be expected that higher grade silver values should exist at a greater depth. If mineralized shoots do exist at Magi, they will be 100% preserved and not affected by erosion as were the outcropping ore shoots at Julia, on the western side of the vein field.

The recently completed drill hole at Magi, MG-DDH-001, was located to test for higher grade Ag grades at moderate depths below the historical drilling. This hole successfully intersected veining at approximately 20m below the vertical extent of the historical drill holes returning 6m of 54 g/t Ag, including 1m at 70 g/t Ag, thus supporting the concept that Ag values are increasing at depth. However, it is not yet clear that the actual vein structure intersected in Magi hole MG-DDH-001 is the down dip extension of the historical intersections or a parallel blind structure located further to the west. A scissor hole, drilled from the east side of the exposed structure, is planned for the Phase II program to verify the geology. Further drilling at Magi is warranted based on the results of this Phase I drilling.

A similar situation may potentially exist at the Margarita prospect where it is uncertain if the structure intersected in drill hole MR-DDH-001 is a parallel blind structure located further to the west of the targeted outcropping structure exposed on surface. The intersected vein returned anomalous Ag in the range of 10 – 32 g/t Ag over a width of 3.5m, but these grades are not reflective of the strong Ag values returned from outcrop channel samples of this vein, including peak values of 1,705, 2,020 and 3,170 g/t Ag (see Mirasol’s February 16, 2010 News Release). This suggests that the Margarita structure target dips to the east-northeast and would not have been intersected in the current Margarita hole MR-DDH-001. A scissor hole is also planned in the Phase II drill program to test this concept.

Finally, a single initial drill hole on the Roxane vein, a possible splay off the main Ely trend, intersects the target structure and with a “cloud” of anomalous Ag returning 17m of 12 g/t with a peak result of 27 g/t Ag associated with strongly silicified phreatic and crackle breccias. This cloud of Ag could potentially be sourced from an anomalous halo related to a proximal undiscovered mineralized structure. Further drilling is planned to prospect for the source to multiple high grade surface values of over 2,000 g/t Ag hosted in large, locally derived and well aligned float boulders (see Mirasol’s September 15, 2010 News Release).

Silver Sands is a well-financed, Canada-based company engaged in the business of mineral exploration and the acquisition of mineral property assets in mining-friendly jurisdictions. Its objective is to locate and develop economic precious and base metal properties of merit. Its key asset is the Virginia silver project, located in the mining-friendly Santa Cruz state of Argentina.