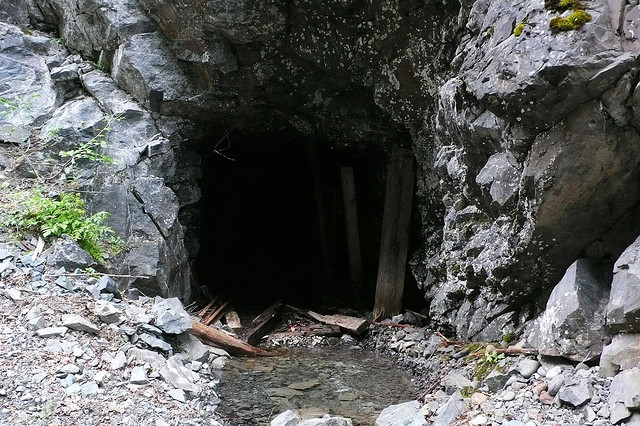 Dolly Varden Silver Corp. (TSX VENTURE:DV)(OTCBB:DOLLF) release the results of its fall 2012 Exploration Program on the Dolly Varden property, located near tidewater in northwestern BC, Canada. Access to the Property for the 2012 season was from a helicopter staging area 17 km upstream from the Company’s Alice Arm exploration camp.

Subsequent to a strategic investment by a strategic investor in late August 2012, the Company combined the proceeds of a new financing with a portion of the Company’s existing working capital and initiated a $3.5 million dollar exploration program. Beginning in mid-September 2012, the Company contracted for surface diamond drilling, underground sampling and a Geotech ZTEM airborne geophysical survey. Location of the surface trace of the silver-bearing stratabound zones of the Dolly Varden, North Star and Torbrit Mines is shown on the attached geological plan.

All assays, check re-assays and quality control results have now been obtained by the Company’s geologists. Results are reported herein for the diamond drilling and underground sampling.

Geophysical and geological modeling is in progress and will be discussed in a later news release.

Rehabilitation of Torbrit Mine and Permitting

A crew of Company underground shift bosses and miners conducted a helicopter-supported program of scaling, debris clearing, re-timbering and track repair in October 2012. Access was achieved to the highest priority areas for geological mapping and sampling. Overall, rock conditions encountered in the Torbrit Mine were excellent, with little rock fall or loose rock conditions.

The Torbrit Mine is naturally drained by the 1025 Level haulage drive. Workings below, down to the 800 Level are flooded. Standing and circulating mine waters were analyzed and found to be mildly alkaline and free of dissolved heavy metal and/or particulate contamination. Accordingly, the Company geologists do not foresee any barriers for the permitting of a more extensive underground program in early 2013.

Work is underway now to plan and permit a 2013 Exploration Program on the Property, commencing in late winter with bridge repairs on the mine access road. Bridge repairs will allow road access to the Torbrit Mine and year-round operations.

Geological Mapping and Sampling of Torbrit Mine, 1025 Level

Capping the central zone are stratiform beds that are locally stacked in multiple horizons located above (northward from) the central zone. The eastern and western flanking aprons of stratiform beds dip to the northeast and the northwest, respectively, enclosing the Torbrit central zone in a gently northwest-plunging fold geometry with the central zone at its keel. In the 2012 sampling, crews accessed the 10-E-6 drift on the northwest flank and the 10-1-F drift on the northeast flank of the central zone. See the attached Torbrit 1025 Level – 2012 Underground Sampling Areas and the table of results below. Sampling was mostly conducted along the mineralization and shows good consistency from sample to sample. True widths are unknown, but the trend of the mineralization as seen in historical drill information and in limited workings, infers a 10 to 30m true width to the 10-E-6 and 10-1-F zones. Importantly, these two sampled zones are located at lower and mid-levels in the mineralized stratigraphy. Historical drilling and sampling information indicates additional zones both above and below the zones sampled in 2012.