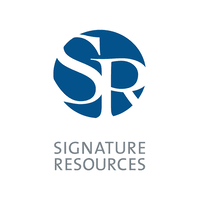 Signature Resources Ltd. (TSX-V: SGU) (OTCQB: SGGTF) (FSE: 3S3) is pleased to announce its first four assay results from its recently-commenced 10,000-metre diamond drill program at Signature’s 100%-owned Lingman Lake Gold Project in Ontario, Canada. Signature is using its own diamond drill rigs to advance exploration on this batch of drilling which was designed to test mineralization while expanding the known zone of mineralization to depth, east of the diabase dyke. Importantly, once the geophysics are fully processed, drilling will also test the six newly-identified targets at the Lingman Lake Gold project, discussed in our last press release dated October 14, 2021.

“Three of the first four drill holes intersected the North Zone as expected extending the existing mineralization to depth. The system is strong, displays significant high grade Au values over substantial core intervals. As the fully-funded drilling extends to deeper levels of the North Zone, extension drilling will also be intersecting and extending to depth the Central, South and 11650 zones.”

The planned drill program up to and including LM21-26 will be testing inter-level grade and continuity of the plunging mineralized shoots. The focus is the North Zone below the 400 level, down dip/plunge target drilling with 30-metre to 50-metre step outs for holes LM21-27 to 34. The deepest hole planned (LM21-31) is targeting the North Zone, approximately 322 metres below surface.

In the process of extension drilling the North Zone to depth, the Central, South and 11650 zones will also be intersected and are expected to extend proportionally. Drilling of the newly-identified target areas East, North and South of the existing depth extension drilling will commence in November. LM21-19 was designed to test inter-level grades between the 150 level and 275 level. LM21-20, 21 and 23 were collared to test the North Zone above the 150L (Figures 2,3 & Table 1). 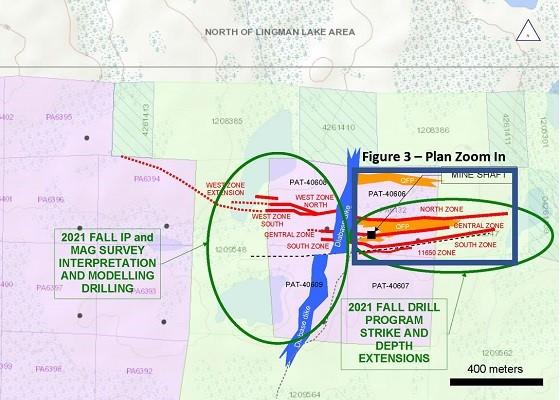 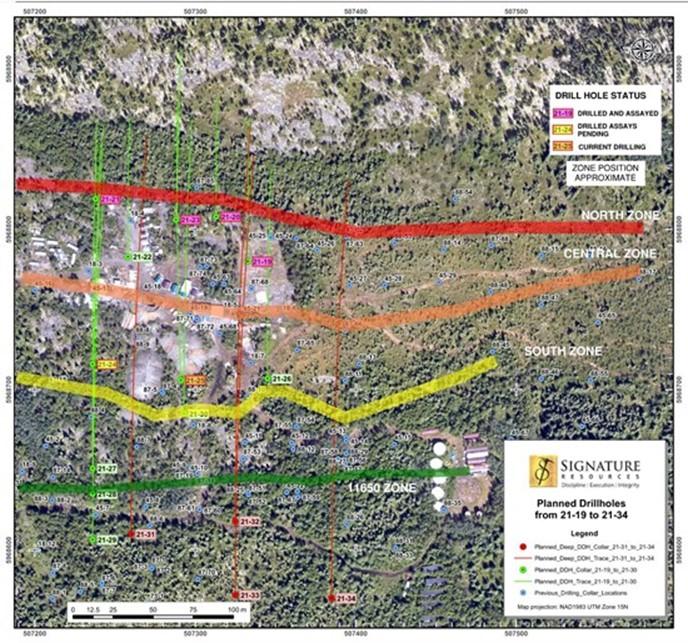 The Lingman Lake Gold Property consists of 1,434 staked claims, four freehold, fully-patented claims and 14 mineral rights patented claims totaling approximately 27,113 hectares. The property hosts an historical estimate of 234,684 oz of gold* (1,063,904 tonnes grading 6.86 g/t with 2.73 gpt cut-off) and includes what has historically been referred to as the Lingman Lake Gold Mine, an underground substructure consisting of a 126.5-metre shaft, and 3-levels at 46-metres, 84-metres and 122-metres depths.