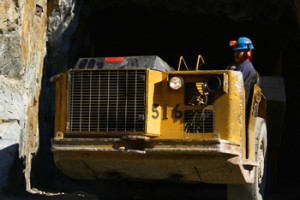 Sierra Metals Inc. (TSXV: SMT) (BVL: SMT) is pleased to announce that the Company has completed its first quarterly cash dividend payment of $2.5 million, or $.016 per common share, to shareholders on April 30, 2013. The Company announced its inaugural $10.0 million cash dividend policy on February 12, 2013 as a result of substantial production increases and significant cash flows from operations realized in 2012.

Daniel Tellechea, President and CEO of Sierra Metals, commented “Sierra Metals is very pleased to announce its first cash dividend payment to shareholders of $2.5 million. The acquisition of the Yauricocha mine and announcement of commercial production at the Bolivar mine have resulted in record production for the Company during 2012. Additionally, these low-cost, highly profitable mines have also resulted in strong cash flows allowing Sierra to lower its net-debt and enact the new 2013 $10.0 million cash dividend policy.”

During 2012, Sierra Metals focused on maximizing operational efficiencies at the Yauricocha mine in Peru and the Bolivar mine in Mexico with 2012 marking the first full year of production at both operations. This resulted in the Company achieving record production with revenues of $179.7 million, earnings of $83.8 million and cash flow from operations of $60.5 million. Among other things, these strong cash flows were used to pay down working capital loans in Mexico, complete the acquisition of Plexmar and pay the Company’s first inaugural cash dividend. At the end of 2012, the Company had a cash balance of $79.8 million and net-debt of $9.0 million.

The Company is committed to a fiscally responsible growth strategy of increasing near mine reserves and resources while adding value through production growth at all three producing mines. In June 2012, the Company completed a $44.4 million private placement with proceeds dedicated to increasing the production profile of the Company by:

Sierra Metals anticipates the announcement of its second quarter cash dividend will take place on or after June 30, 2013.

Sierra Metals Inc. is a Canadian mining company focused on precious and base metals from its Yauricocha mine in Peru, its Bolivar mine and Cusi in Mexico. In addition, Sierra Metals is exploring several precious and base metal targets in Peru and Mexico. Projects in Peru include Adrico (gold), Victoria (copper-silver) and Ipillo (polymetallic) at the Yauricocha Property in the province of Yauyos and the San Miguelito gold properties in Northern Peru. Projects in Mexico include Bacerac (silver) in the state of Sonora, La Verde (gold) at the Batopilas Property in the state of Chihuahua, and Las Coloradas (silver) at the Melchor Ocampo Property in the state of Zacatecas.