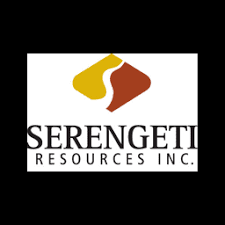 Serengeti Resources Inc. (TSX-V:SIR)  is pleased to report the first batch of assay results from the 2020 drilling campaign completed at the Kwanika Project in north-central BC. A total of 4,350 metres were drilled in 9 holes testing a number of exploration targets and resource expansion opportunities. The advanced resource-stage Kwanika project is ~26,000 hectares, held by Kwanika Copper Corporation and is located in the Quesnel Trough of British Columbia which hosts numerous porphyry copper-gold deposits.

“The significance of these results can’t be understated in terms of their positive impact on the Central Zone at Kwanika.  K-198, the infill hole, besides confirming a very long mineralized intercept continues to demonstrate the presence of discrete higher grade intervals that may be amenable to more selective mining within the overall underground resource shape. Furthermore, it appears that the bounding Pinchi fault lies further west than previously modelled which may allow us to bring existing resources back into a potential mine plan. K-197 opens up the Central Zone to the south and K196 demonstrates that a deep copper-gold system occurs some 500 meters to the north of the Central Zone associated with a strong IP geophysical signature and both areas warrant additional drilling to continue to firm up resource expansion opportunities”, stated David W. Moore President & CEO of Serengeti Resources.

Results remain pending for an additional 6 holes which have been submitted for assay and will be released as additional results become available.

Intercept lengths in the table above are not necessarily true widths given the fact that holes are being drilled at different angles through forecast mining shapes within a variably oriented mineralized body. Gold and Copper equivalents are calculated using the formulae below based on metal prices of $3.25/lb of copper, $1,600/oz of gold and $20/oz of silver, with all metal prices quoted in USD. Metal recoveries as stated in the PEA as follows; Cu 91%, Au 75%, Ag 75% have been applied to the equivalent calculations. ** End-of-hole.

DDH-K-196 intersected a newly recognized deep Cu-Au system that remains open to the north. K-196 was drilled toward the west to follow up on a broad halo of anomalous gold intersected in 2016 above a deep geophysical target approximately 500m north of the Central Zone resource. The hole intersected two mineralized intervals, the first of which is dominated by intrusives of variable composition cutting andesite units of the Takla Group hosting disseminated and quartz-vein bearing chalcopyrite and bornite. The lower mineralized interval is dominated by silica-sericite +/- K-feldpar altered diorite-monzodiorite cutting Takla andesites hosting pyrite-chalcopyrite-bornite mineralization. The presence of abundant sulphides in the lower interval likely explains the deep geophysical response which continues approximately 400 meters towards the north.

DDH-K-197 opened up the Central Zone for expansion below and to the south of the current pit-constrained resource. K-197 was drilled to follow up mineralization intersected in K-23 and K-190 with the goal of expanding the open-pit constrained resource and exploring the potential for additional grade along the Central Fault. The hole intersected silica-chlorite-K-feldspar altered diorite-monzodiorite intrusive rocks hosting disseminated and vein-hosted chalcopyrite, bornite and locally native copper, and opens up the Central Zone mineralized system towards the south.

DDH-K-198 drilled through the underground resource shape, expanding it incrementally to the west, and includes two significant intervals of Cu-Au enrichment. K-198 was drilled to test for higher-grade domains and continuity of mineralization above and beneath the proposed underground extraction level (465m ASL), and continued westward before intersecting the deposit-bounding Pinchi Fault. Substantial higher-grade intervals including 124.3 metres grading 0.70% Cu, 2.10 g/t Au and 3.0 g/t Ag (3.32 g/t AuEq) within the underground resource shape highlight the presence of high-grade domains within the deposit. These better grade intervals are associated with strong K-feldspar-silica-sericite altered intrusives, quartz stockwork zones and syn-post-mineral dyke margins hosting bornite and chalcopyrite. The intersection of the bounding Pinchi Fault west of where it was previously modelled at depth may also have implications for resource expansion in that direction.

*   Serengeti is sole funding this year’s Kwanika program. As a consequence, the Company’s ownership of KCC will increase to approximately 67%, with POSCO International Corp. holding ~33%.

The field and analytical programs described herein were supervised by Serengeti Resources staff and the technical information in this news release has been prepared in accordance with Canadian regulatory requirements as set out in National Instrument 43-101, and reviewed by the company’s qualified person, Quinn Harper, P.Geo., Chief Geologist of Serengeti Resources, who has supervised the preparation of, and approved the scientific and technical information in this news release.

Serengeti is a mineral exploration company managed by an experienced team of professionals with a solid track record of exploration success.

Serengeti and Sun Metals Corp announced on November 30th, 2020 that they have entered into a definitive arrangement agreement pursuant to which Serengeti will acquire all of the issued and outstanding shares of Sun Metals Corp. The combined company will result in a diversified copper-gold developer with a large pipeline of projects, in one of Canada’s most prolific porphyry mining camps in North-Central BC, bringing together exploration, development and operational synergies at multiple projects along with ongoing resource expansion opportunities and new discovery potential.  Additional information can be found on the Company’s website at www.serengetiresources.com.