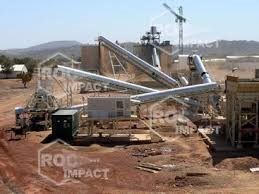 The Company issued, on a “bought deal” private placement basis, a total of 15,640,000 common shares at a price of C$3.70 per common share, which includes the exercise of the Underwriters’ over-allotment option in full for aggregate gross proceeds of C$57,868,000.

SEMAFO plans to use the net proceeds of the Offering to partly fund the purchase of Orbis Gold Limited, as well as for working capital and general corporate purposes.

In addition, SEMAFO has obtained a US$90 million senior secured credit facility from Macquarie Bank Limited. The Facility will be used to fund the Company’s acquisition of Orbis Gold Limited. The Facility has a three- year term and is repayable in three annual amounts of US$30 million on the first, second and third anniversaries of closing. The Facility bears interest at LIBOR plus 6.5% and replaces the short-term Sprott facility which has been cancelled.

All common shares issued pursuant to the Offering will be subject to a statutory four-month hold period in accordance with Canadian securities legislation. The securities being offered have not, nor will they be registered under the United States Securities Act of 1933, as amended, and may not be offered or sold within the United States or to, or for the account or benefit of, U.S. persons absent U.S. registration or an applicable exemption from the U.S. registration requirements. This news release does not constitute an offer to sell or the solicitation of an offer to buy any securities.

SEMAFO is a Canadian-based mining company with gold production and exploration activities in West Africa. The Corporation currently owns and operates the Mana Mine in Burkina Faso, which includes the high-grade satellite Siou and Fofina deposits. SEMAFO is committed to evolve in a conscientious manner through the responsible development of its Mana property. SEMAFO’s strategic focus is to maximize shareholder value by effectively managing its existing assets as well as pursuing organic and strategic growth opportunities.