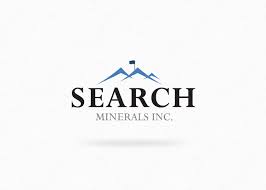 Search Minerals Inc. (TSX-V: SMY | OTCQB: SHCMF)  is pleased to announce that, further to its August 11th press release, it has now closed the purchase of a 2.5% Net Smelter Royalty from B&A Minerals Limited for 15,000,000 common shares in the share capital of the Company. The transaction also included some property transfers between the parties. The 15,000,000 common shares that have been issued by Search will be restricted and released over 24 months, with 25% being released every 6 months following the date of the closing.

B&A held a 3% NSR Royalty over the licenses contained in a large portion of the Company’s Critical Rare Earth Element District in SE Labrador. Following closing, B&A will retain 0.5% NSR on the remaining consolidated 3 licenses including the Foxtrot project, along with our prospects of Fox Meadow, Silver Fox, Awesome Fox and up to 20 other prospects. The Company had the option to purchase 2% of the Royalty for $2,000,000 as per the 2009 B&A Mining Option Agreement. Search has exercised that right along with the purchase of an additional 0.5% of the Royalty.

Also, for greater certainty, the 2009 Mining Option Agreement between B&A and Search has now been fully discharged without any further existing or future contractual obligations between the parties.

As part of the Royalty purchase, B&A and Search have transferred some additional licenses between each other.

B&A and associates has transferred the following Licenses which are in the proximity of the Company’s Fox Meadow prospect: Fox Meadow area (027318M, 032539M, part of 027599M and part of 027429M) and in the process of transferring Deep Fox area (027447M). These licenses are included in the updated NSR registration and will be subject to the existing 0.5% NSR. Search will grant B&A the quarry/gem rights on the above 4 licenses transferred in the Fox Meadow area only after Search has explored/developed those licenses in exchange for a 3% NSR or similar form of royalty.

Search has transferred license 024083M to B&A and has received a 0.5% NSR royalty in return. This license does not form any part of our Critical Rare Earth Element District.

Greg Andrews, President and CEO states: “We believe the reduction of the Royalty, will provide flexibility with our future discussions regarding offtake agreements and funding for the projects. Our immediate goal remains our “Sprint to Production” to advance our Critical Rare Earth Element District. We expect to have an updated Preliminary Economic Assessment report completed by Q1 2022. The relevant and significant milestones our team have accomplished since 2016 will be presented in this PEA. We are expecting significant increase in the annual gross revenue, with the increased production rate, higher grades and improved recovery rates from our patented Direct Extraction technology. We continue to optimize our processing flowsheet with magnetic separation producing a concentrate to go to our Direct Extraction process. We are anticipating capital and operating costs benefits with the new flowsheet.”

Led by a proven management team and board of directors, Search is focused on finding and developing Critical Rare Earths Elements (CREE), Zirconium (Zr) and Hafnium (Hf) resources within the emerging Port Hope Simpson – St. Lewis CREE District of South East Labrador. The Company controls a belt 63 km long and 2 km wide and is road accessible, on tidewater, and located within 3 local communities. Search has completed a preliminary economic assessment report for FOXTROT, and a resource estimate for DEEP FOX. Search is also working on three exploration prospects along the belt which include: FOX MEADOW, SILVER FOX and AWESOME FOX.

Search has continued to optimize our patented Direct Extraction Process technology with generous support from the Department of Tourism, Culture, Industry and Innovation, Government of Newfoundland and Labrador, and from the Atlantic Canada Opportunity Agency. We have completed two pilot plant operations and produced highly purified mixed rare earth carbonate concentrate and mixed REO concentrate for separation and refining.