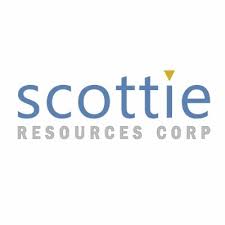 Pursuant to the Offering, the Company issued 4,400,000 Units for gross proceeds of $968,000. The participation in the Offering has increased the position of the family office to a 9.9% ownership of Scottie Resources on a partially diluted basis.

CEO Bradley Rourke commented: “These funds ensure that our treasury can support both the robust 2020 field program, developed by our geologists over the winter, as well as allow Scottie the flexibility to strategically assess our land claims package in order to maximize shareholder value.”

The proceeds raised by the Company from the sale of the Units will be used for working capital and for exploration of the Company’s mineral properties, located in the Golden Triangle region of British Columbia.

In connection with the Offering, finders fees totaling $58,080 cash and 132,000 finder’s warrants were paid to Blue Lakes Advisors SA. Each Finder’s Warrant is exercisable into one common share of the Company at a price of $0.34 per common share for a period of two years from closing.

All of the securities issuable pursuant to the Offering will be subject to a four-month hold period from the date of closing, expiring October 9, 2020.