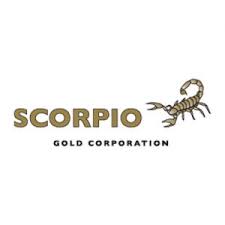 Drill hole GWUG20-001 targeted an area where 2014 surface hole GW14-03 encountered high-grade mineralization proximal to existing underground workings. The hole was collared in the face of crosscut A at the 6,760 ft elevation and was drilled at 247° azimuth and -10° dip. Drilling intersected several mineralized zones, the most significant being a 7.6 meter intersection averaging 12.47 g/t gold and 176.23 g/t silver, which included 1.52 meters grading 53.49 g/t gold and 0.15 meters grading 3,960 g/t silver (Table 1). The mineralized zone lies approximately 30 meters (100 ft) below surface and extends immediately southeast from existing underground workings.

Drill hole GWUG20-003 targeted the southeast extension of the mineralized zone intersected in GWUG20-001. The hole was collared in the same location as the first 2 holes and drilled at 211° azimuth and -10° dip. Multiple mineralized zones were encountered with the most significant assay received to date returning 5.11 g/t gold over 1.52 meters. Final assays for this hole are pending.

Known mineralization within the Goldwedge deposit is controlled by the high-angle N30W trending Reliance fault which is transected by ring faulting associated with the Manhattan caldera. The gold itself is localized within clay gouge fault zones associated with the main Reliance fault system. Historically, silver has not been the primary target in the Manhattan mining district. Based on the high-grade silver intersections encountered in these holes however, a review of core samples and logs from previous drilling will be undertaken for evidence of other significant silver mineralization.

Due to the presence of high-grade gold and silver, several of the samples were submitted for screen fire assay to determine any variability of the assay results due to coarse metals. Results from this testing are presented in Table 2. In reviewing the results it is evident that a coarse component for both gold and silver is present, and although the gold results are fairly repeatable when compared to the original assays, there was a significant increase in silver values in many of the results. A typical screen fire assay utilizes 2 kilograms of sample for a standard analysis; however, because the drilling was NQ core size the available material was limited and this should be considered when evaluating these results.

All holes presented in Table 1 were completed by NQ-size diamond (core) drilling. Widths are presented as down hole core lengths; true widths are unknown at this time. Analytical results were performed by ALS Geochemistry Assay Laboratory Inc. in Sparks, Nevada, an ISO/IEC 17025:2005 accredited facility. Further details are presented in the Company’s quality assurance and quality control program for the Goldwedge project available at: GW QAQC.

The Company also reports that Chris Zerga is stepping down as President and General Manager of Scorpio Gold U.S. and has agreed to stand for election to the Board of Directors at the next AGM and will remain as a technical advisor. Diane Zerga, who previously worked for Scorpio as its Mine Manager, has accepted the position of General Manager over Scorpio Gold’s Nevada properties. Chris stated that he is confident that Diane will provide the leadership necessary to continue Scorpio Gold’s success. Chris is proud of all the accomplishments the Scorpio Gold team has achieved over his tenure with the Company and based on the recent LOI signed with Kinross and the exciting results from recent drilling noted above he is confident that Scorpio Gold is on track for a promising future. Chris would like to thank the Board of Directors and the Nevada Operations team for all their efforts both past and present and wishes the company all the best.

Prior to the 2020 drilling, Scorpio Gold drilled four surface core holes in 2014 (April 27, 2015 news release) and 21 underground core holes totalling 1,431 meters in 2015 (September 8, 2015 news release). Drilling by previous operators totals 89 surface holes and 30 underground core holes for a total of 16,994 meters. Gold mineralization is outlined over a strike length of 335 meters and to a vertical depth of over 150 meters and is open along strike, down-dip and down-plunge toward the northwest. Several mineral resource estimates were prepared for the deposit from 1997 to 2011, none of which are NI 43-101 compliant.

Scorpio Gold holds a 100% interest in the advanced exploration-stage Goldwedge property in Manhattan, Nevada with a fully permitted underground mine and 400 ton per day mill facility. Scorpio Gold also holds a 100% interest in the Mineral Ridge gold mining operation located in Esmeralda County, Nevada. Mineral Ridge is a conventional open pit mining and heap leach operation. Mining at Mineral Ridge was suspended in November 2017; however, the Company continues to generate limited revenues from residual but diminishing recoveries from the leach pads.

Scorpio Gold’s Chairman, Peter J. Hawley, P.Geo., is a Qualified Person as defined in National Instrument 43-101 and has reviewed and approved the content of this release