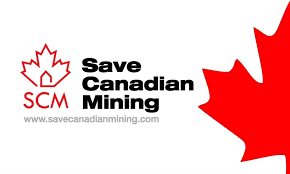 “We are pleased to leverage the CSA’s recent consultation on activist short selling to draw wider attention to existing regulatory loopholes that have enabled predatory short selling to proliferate at the expense of junior issuers for many years,” said Terry Lynch, Founder and Executive Director of Save Canadian Mining. SCM’s formal response to the consultation was submitted last week.

SCM was launched in 2019 to advocate for the need of governments to exercise greater oversight in Canada’s capital market structure to protect the country’s junior mining industry. Since its launch, SCM has attracted support from the Ontario Mining Association, the Ontario Prospectors Association, and over 3,000 investors and junior mining companies from across Canada.

Recently SCM took part in the Ontario-based consultations headed up by the Ministry of Finance and its appointed Capital Markets Modernization Taskforce. SCM has publicly commended the task force on their final report and the report’s inclusion of recommendations that address predatory short selling.

“We are encouraged to see regulators becoming more interested in addressing structural problems in our capital markets as they relate to the enablement of unfair predatory short selling practices,” said Lynch. “Our submission to the CSA reflects our belief that, at minimum, regulators need reinstate the Tick Test – a 147-year-old regulation that was removed by IIROC in 2012 – and should move to eliminate the practice of “naked short selling” in Canada.”

SCM’s submission to the CSA can be viewed on its website at www.savecanadianmining.com.