Saudi Arabia emerging as a major mining investment destination because of its geology, industry ecosystem and sustainability focus

Saudi Arabia emerging as a major mining investment destination because of its geology, industry ecosystem and sustainability focus 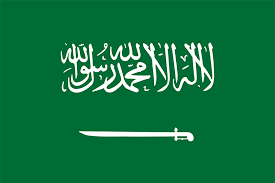 In an interview this week during Mines and Money Online Connect, His Excellency Khalid Al-Mudaifer, Vice-Minister of Mining Affairs for the Saudi Ministry of Industry and Mineral Resources, shared with a global audience of investors the reasons why Saudi Arabia is rapidly emerging as a major mining destination.

“Saudi Arabia is very much open for business, and we have taken many transformational steps to make investing in mining more attractive than ever before,” said Eng. Al-Mudaifer. “Plus, because of what investors have told us are critical success factors, we have a new national mind-set, deeper understanding of the complexities of mining and a greater focus on stability and predictability. Combined with a rich and diverse geological footprint, a transformed mining sector and a sharp focus on sustainability, we can make a compelling case that Saudi Arabia is a mining country in the making.”

Finally, Vice-Minister Al-Mudaifer announced details of the inaugural Future Minerals Summit (FMS), the first-ever event to offer a ‘one-stop-shop’ for investors, miners and other industry stakeholders interested in learning more about the mining potential of the Middle East, Central Asia, and North and East Africa.

Planned for January 11 to 13, 2022, in Riyadh, FMS will welcome attendees from around the world, including governments, investors, and mining majors and corporates. The Summit program is being built around four pillars: