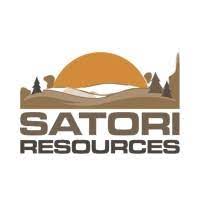 Interval within a mineralized envelope grading 4.76 g/t over 27.8m 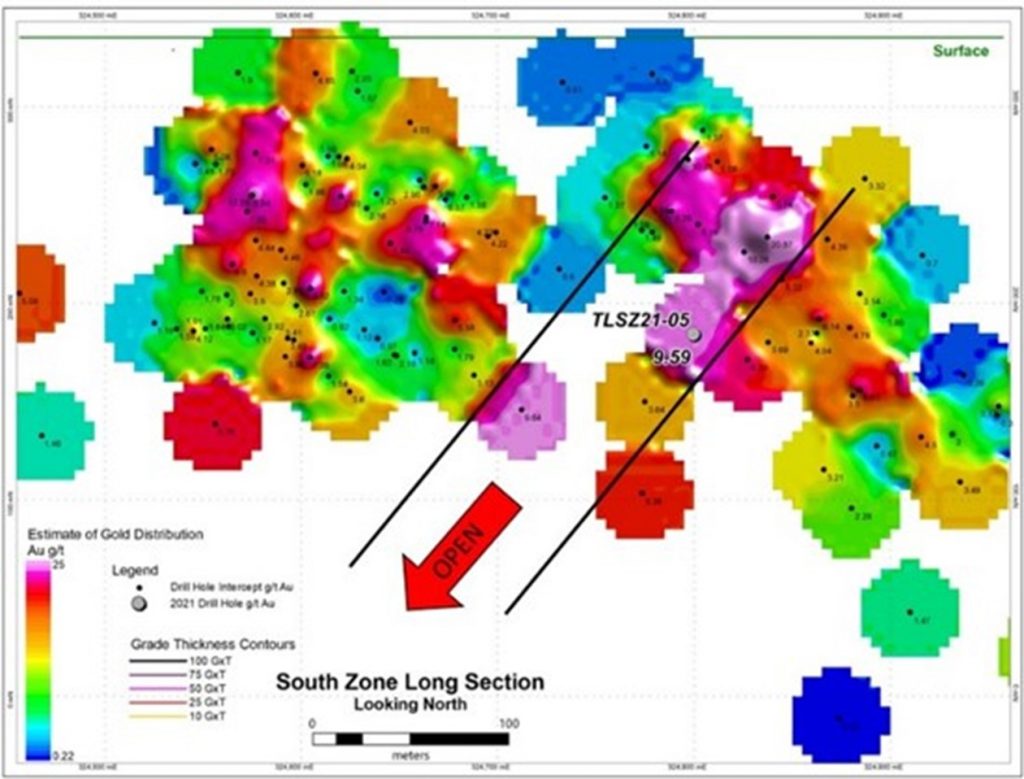 Results are summarized in Table 1.0 and in Figure 1.0 below.

(1) Interval is measured down hole and does not reflect true width.
There is insufficient information to estimate true width at this time.

Jennifer Boyle, Chief Executive Officer commented, “These are excellent results for Satori and provides reliable insight into the potential scale that may be realized on the project. The Tartan Lake Gold Mine Project ceased production in 1989, not because the ore was depleted; the price of gold fell below $390 per ounce. For the first time in decades this project is benefitting from a new team applying modern day techniques in a robust gold environment. The entire project area has been overlooked for decades and is sparsely-drilled. This intercept has exceeded our expectations and illustrates the expansive potential for Tartan Lake.”

Wes Hanson, P. Geo., and a Director of Satori, states, “We couldn’t be more pleased with the results of TLSZ21-05. It’s always exciting when the initial hole, testing a revised interpretation on the controls on mineralization, returns the highest value intercept to date from a population of over 100 historical drill holes. The South Zone represents a second opportunity to increase the mineral resource of the project, with both the Main Zone and the South Zone being accessible to the existing underground infrastructure. Once additional results are received, we will evaluate our targeting and plan follow up holes to continue to demonstrate potential to increase the mineral resource.”

TLSZ21-05 targeted an interpreted steep, westerly plunge line, sub-parallel to what Satori has successfully demonstrated at depth at the Main Zone. The mineralization was intersected at a depth of 150 metres from surface and lies 100 metres south of the existing underground ramp/decline. The target is open at depth along an interpreted 125-150-metre strike length.

The South Zone intersection encountered in Hole TLSZ21-05 is well foliated and shows intense shearing within deformed-crenulated gabbroic rock. There is pervasive ankerite with abundant quartz-carbonate-tourmaline-albite veining, from 190.3 to 219.1 metres down hole. Alteration within the South Zone includes fuchsite, tourmaline and iron carbonate. Sulphide mineralization is dominated by disseminated and blebby pyrite with minor chalcopyrite. 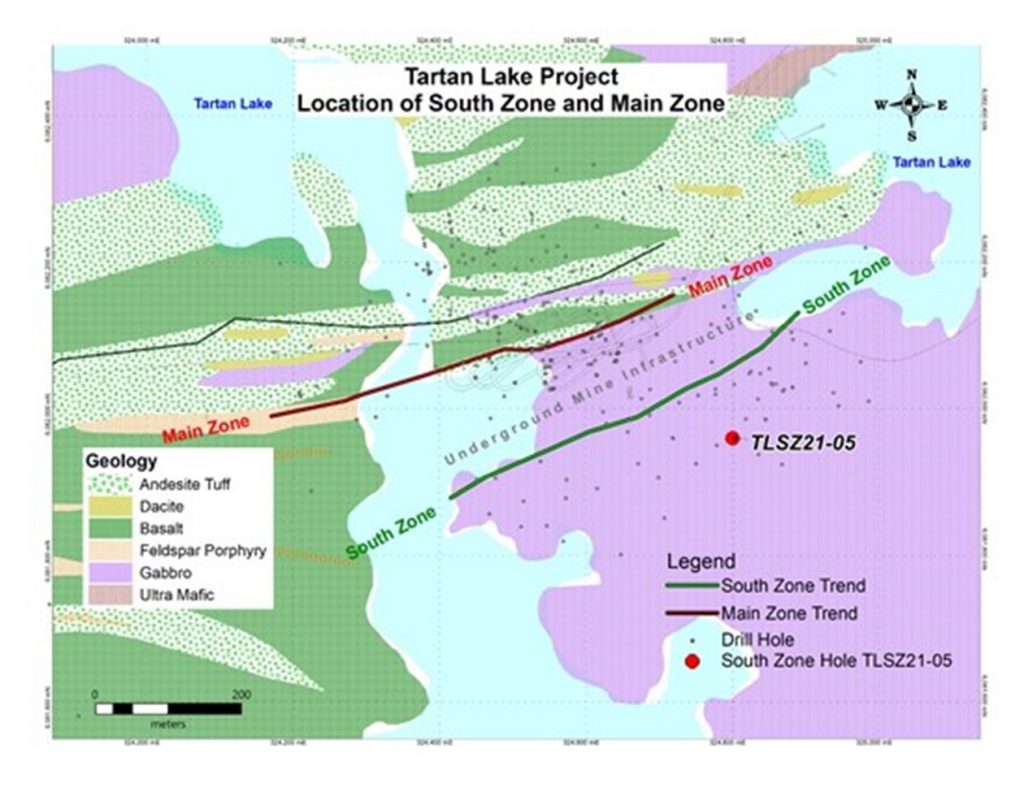 All Phase II drilling at the South Zone and the Main Zone has been completed, and the drill remains on site pending results of holes completed along plunge at both the South Zone and the Main Zone. Satori has initiated reconnaissance mapping and sampling of prioritized targets elsewhere within the claim group, many of which have seen limited work to date. Desk-top compilation work carried out in 2020 and enhanced geophysical evaluations have presented a number of new opportunities for potential discovery and resource growth.

Samples are shipped in sealed containers to TSL Laboratories in Saskatoon, Saskatchewan for analyses. All samples are analyzed for gold using a 30 gram lead collection fire assay fusion with an atomic adsorption finish. In addition, certain selected samples are assayed using a 36 element multi-acid ICP-ES analysis method. Samples corresponding with any observed visible gold during logging are flagged for Metallic Screen analysis, as are any samples assaying greater than 5.0 g/t Au. All Quality Control results, including the laboratory’s own control samples, are evaluated before public release.