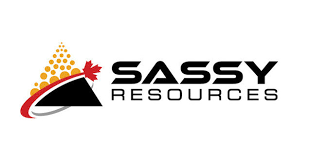 Sassy Resources Corporation (CSE: SASY) is pleased to announce that, further to its news release of October 22, 2020, the Company has completed the second and final tranche of its non-brokered private placement, raising additional gross proceeds of $1,219,360.

Mr. Mark Scott, Sassy President and CEO, commented: “With $842,475 recently received from warrant exercises in addition to the $4.3 million raised in this private placement, Sassy has added over $5 million to its treasury since listing in August. Our solid cash position supports the ongoing execution of Sassy’s exploration and corporate objectives at the Foremore Gold-Silver Project and beyond as we continue to build this young and growing company.”

Each Unit consists of one common share and one-half of one transferable warrant with each whole warrant exercisable at a price of $1.25 per Share for a period of two years, provided that in the event that the closing price of the Company’s Shares on the Canadian Securities Exchange (or such other exchange on which the Company’s Shares may become traded) is $1.75 or greater per Share during any ten consecutive trading day period at any time subsequent to four months and one day after the closing date, the Warrants will expire at 4:00 p.m. (Vancouver time) on the 30th day after the date on which the Company provides notice of such accelerated expiry to the holders of the Warrants.

Each FT Unit consists of one flow-through common share and one-half of one transferable Warrant with each whole Warrant exercisable at a price of $1.50 per Share for a period of two years, subject to the Accelerated Expiry Provisions.

All securities issued are subject to a four-month hold period pursuant to securities laws in Canada.

The Company paid total finder’s fees of $18,774 and 19,880 finder’s warrants to PI Financial Corp., Canaccord Genuity Corp., and Echelon Wealth Partners Inc. The Finder’s Warrants are non-transferable and exercisable at prices of $0.90 and $1.20 per Finder’s Warrant for a period of two years, subject to the Accelerated Expiry Provisions.

The Company intends to use the proceeds from the Private Placement to further advance its Westmore gold-silver discovery within its broader Foremore Gold-Silver Project in northwest B.C.’s prolific Eskay Camp, and for general working capital.

Mr. Mark Scott, CEO and a director of the Company, subscribed for 30,000 Units. As a result, the Private Placement is a related party transaction (as defined under Multilateral Instrument 61-101 Protection of Minority Security Holders in Special Transactions).  The Company relied upon the “Issuer Not Listed on Specified Markets” exemption from the formal valuation and minority shareholder approval requirements, respectively, under MI 61-101.

Sassy Resources is an exploration stage resource company currently engaged in the identification, acquisition and exploration of high-grade precious metal and base metal projects in North America. Its current focus is on the Foremore Gold-Silver Project located in the Eskay Camp, Liard Mining Division, in the heart of Northwest B.C.’s prolific Golden Triangle.