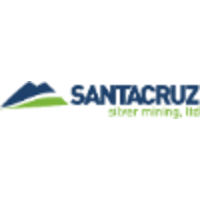 Santacruz Silver Mining Ltd. (TSX-V:SCZ) reports initial Phase I drill results from ongoing drill program at the Garcia and Armados mines that form part of the Company’s Veta Grande Project located in the Zacatecas mining district, Zacatecas, Mexico. The objective of the drill program is to better define the down dip extension of the Veta Grande and Armados veins through surface and underground core drilling. To date ten drill holes totaling 3,323 meters of core drilling has been competed on the property and the Company has received results for the first six drill holes.

Seven drill holes (AR18-001 to AR18-007) were collared from underground drill stations at the Armados mine where core drilling has led to the discovery of three on echelon high grade veins (named San Abraham, San Patricio and Sistema Santacruz) that are located in the footwall of the Armados vein. The mineral tenure of the three new veins demonstrates much higher lead (up to 11.5%), zinc (up to 19.6%), copper (up to 0.43%), and gold (up to 1.91 g/t) than is seen in the Armados vein where lead and zinc grades are typically less than 0.5% and where gold is typically absent.  Additional core drilling is required to adequately characterize these new veins. With the present information, management believes the new veins may represent a separate mineralizing event than that associated with the Armados vein. With the discovery of the new veins, together with the Armados and Veta Grande veins, eight epithermal veins have so far been explored by core drilling on the Veta Grande Project by the Company (Veta Grande, Armados, San Jose, La Flor, Esperanza, San Abraham, San Patricio and Sistema Santacruz).

At the Garcia mine, three drill holes (VG18-001, VG18-002 and VG18-003) were collared from surface and intersected the mineralized down dip extension of the Veta Grande, La Esperanza and La Flor veins. The Company elected to initially target the Veta Grande vein near the southern border of the property based upon its proximity to historic underground workings and published drill results from the adjoining property that indicated potential for high grade material.  The three holes completed in this area intersected the targeted structures including wide intervals of quartz vein material. Unfortunately the assay results associated with these wide quartz vein intercepts did not carry high grade mineralization.

All exploration work to date at both the Garcia and Armados mines has been focused on the southernmost 500 metres strike length of the Veta Grande vein system with no systematic exploration having been undertaken on the northern extension of the vein systems.

Carlos Silva, COO of Santacruz, commented; “The Company is excited about the discovery of the three high grade veins at the Armados mine which appear to be within about 20 meters of each other and approximately parallel to the Armados vein. This discovery supports our view of the strong mineral potential of this historical mining district of Zacatecas.” Mr. Silva continued; “Our exploration thesis is that higher grade mineralization occurs at depth. In addition, the Company intends to begin exploration on the northern portions of the Veta Grande property which has seen limited historic work.  Drilling to the north will begin in proximity to a 1940’s era shaft in the general area where initial surface chip sampling has encountered higher silver grades over greater true widths than results from the southern portions of the Veta Grande vein system.  Drilling will test the Veta Grande vein structure to depths of up to 600 metres.”

All drill core was logged, photographed and cut in half with a diamond saw. Half-core samples were sent to SGS Minerals Services in Durango, Mexico (17025 accredited), for preparation and analyses. Drill core samples were analysed for 33-elements by four-acid digestion of a 0.5-gram sample followed by an ICP-AES (inductively coupled plasma atomic emission spectroscopy) finish. Over limit for Pb, Zn and Cu were further analysed by sodium peroxide fusion of a 0.5-gram sample followed by ICP-AES finish. Au and Ag was also analysed by fire assay of a 30 g sample followed by AAS (atomic absorption spectroscopy) finish for Au and gravimetric finish for Ag.

As part of the Company’s quality assurance quality control program, independently certified control samples (standard and blank pulp samples) were inserted in each analytical batch. The control sample results were then checked to ensure proper QA/QC.

The technical information contained in this news release has been reviewed and approved by Van Phu Bui, B.Sc., P. Geo., who is independent of the Company and a “qualified person” under National Instrument 43-101.

Santacruz is a Mexican focused silver company with two producing silver projects (Veta Grande Project and Rosario Project) and two exploration properties (Minillas Property and Zacatecas Properties). The Company is managed by a technical team of professionals with proven track records in developing, operating and discovering silver mines in Mexico. Our corporate objective is to become a mid-tier silver producer.