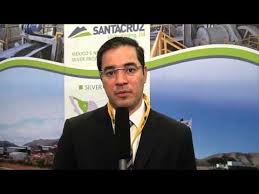 Santacruz Silver Mining Ltd. (TSX-V:SCZ) is pleased to announce that it has finalized and closed the US$28.4 million Pre-paid Silver Purchase Agreement with JMET, LLC previously announced on September 18, 2014. The funds will be used to advance the development of the Company’s second project, San Felipe, in Sonora State, Mexico.

With the closing of this funding now completed, the Company intends to advance the development of the San Felipe project with the expectation of being in position to take a construction decision by the end of Q1 2015. The Company recently announced a Preliminary Economic Assessment on the San Felipe Project with robust economics. (See press release dated September 11, 2014)

President Arturo Préstamo stated “Given the very difficult market conditions we are currently experiencing, we are very pleased to have entered into the Agreement which will allow us to continue with our plans to create a mid-tier silver producer in Mexico.” Mr. Préstamo continued, “This non-dilutive approach gives the Company flexibility and also a comfortable re-payment schedule.”

The Company wishes to clarify its press release of September 4, 2014, relating to the amendment of its agreement with Minera Hochschild Mexico S.A. de C.V. regarding the San Felipe project. Under the amended agreement, Santacruz is not obligated to pay Hochschild any amount from an offering completed by the Company, but is required to pay Hochschild 30% of any capital increase in its Mexican subsidiary Impulsora Minera Santacruz at any time during the life of the agreement.

Santacruz is a Mexican-focused silver company with a producing mine (Rosario); two advanced-stage projects (San Felipe and Gavilanes) and an early-stage exploration project (El Gachi). The Company is managed by a technical team of professionals with proven track records in developing, operating and discovering silver mines in Mexico. Our corporate objective is to become a mid-tier silver producer.