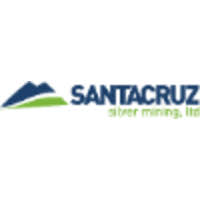 Santacruz Silver Mining Ltd. (TSXV: SCZ) announces that, further to its press release of May 22, 2019, Santacruz, through its wholly-owned subsidiary Carrizal Holdings Ltd., has acquired a 50% shareholding in PCG Mining, S.A. de C.V. which is a holding company that owns 100% of Carrizal Mining, S.A. de C.V. a private Mexican mining company. The shares were purchased from one of PCG’s shareholders who is at arm’s-length to Santacruz.

As previously reported, the Company entered into a parallel agreement, with binding effect as of May 21, 2019, to acquire the remaining 50% of the outstanding shares of PCG that are owned by Carlos Silva (the “Silva Acquisition”), Santacruz’s COO. The consideration to be paid by Santacruz to Mr. Silva with respect to the Silva Acquisition is 30,000,000 shares of Santacruz (the “Consideration Shares”) at a deemed price of CDN$0.05 per share.

Carrizal’s assets include a 20% working interest in the Company’s Veta Grande Project. The primary reason for the Company to acquire PCG is to effectively buy-back such 20% interest and regain 100% ownership rights of the subject property interests.

Carrizal also operates the Carrizal and Mina Monte mines (collectively the “Zimapan Mine”) (34 mining concessions covering an area of 5,139 ha) located seven kilometers northwest from the town of Zimapan, Hidalgo, Mexico under a 10-year lease agreement with Minera Cedros, S.A. de C.V. (“Minera Cedros”), a wholly-own subsidiary of Grupo Peñoles, S.A.B. de C.V. Unless otherwise amended or extended, the lease agreement with Minera Cedros expires on July 31, 2019. The Company understands that Carrizal and Minera Cedros are currently in negotiations with respect to Carrizal acquiring outright the Zimapan Mine from Minera Cedros. This is an additional potential benefit from acquiring Carrizal but there can be no assurance that Carrizal will be successful in completing such acquisition. Accordingly, the acquisition by Carrizal of the Zimapan Mine is not a condition to completing the Silva Acquisition.

Arturo Prestamo, Santacruz’s CEO stated, “The acquisition of a 50% interest in Carrizal is an important first step towards returning to 100% ownership rights in the Veta Grande Project, subject to receiving the necessary approvals to complete the purchase of the remaining 50% of Carrizal. It also offers the Company a chance to acquire an indirect interest in an operating mine in a potentially accretive transaction that could enhance Santacruz’s operations.”

All scientific and technical information contained in this news release has been reviewed and approved by Van Phu Bui, P.Geo., who is an independent consultant of the Company and a “qualified person” within the meaning of National Instrument 43-101 Standards of Disclosure for Mineral Projects.

Santacruz is a Mexican focused silver company with two producing silver projects (Veta Grande Project and Rosario Project) and two exploration properties (Minillas Property and Zacatecas Properties, which are associated with the Veta Grande Project). The Company is managed by a technical team of professionals with proven track records in developing, operating and discovering silver mines in Mexico. Our corporate objective is to become a mid-tier silver producer.