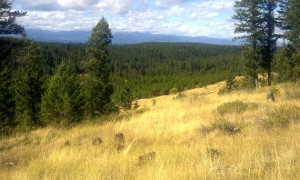 Santa Fe Metals Corp. (TSX VENTURE:SFM) is pleased to announce that it has entered into an option agreement with Gravitas Metals Corp. whereby SFM has the option to acquire all of the issued and outstanding shares of Gravitas, a private British Columbia company . The primary asset held by Gravitas is the option to earn an 80% interest in the Sully group of claims located near Fort Steele in southeastern British Columbia.

About the Sully Property

The Sully Property comprises 1375 ha located 27km east of Kimberley, B.C. and overlies rocks of similar age and origin as those which host the world-class Sullivan Deposit, owned by Teck Corporation. Sullivan was discovered in 1892 and is known to be one of the largest sedimentary-exhalative (“sedex”) deposits in the world. Over its 100-year lifetime, Sullivan produced approximately 150 million tonnes of ore, including three billion ounces of silver, eight million tonnes of zinc and eight million tonnes of lead, collectively worth over $45-billion at current metal prices. SFM cautions that past results or discoveries on proximate land are not necessarily indicative of the results that may be achieved on the Sully Property.

In 2010 and 2011, Gravitas completed an extensive surface geophysical program, outlining a prominent gravity anomaly at an interpreted depth of up to approximately 1000m. This geophysical feature is located 7km south of the Kootenay King Deposit, a past-producer that contained mineralization of similar tenor and mode of occurrence as Sullivan. In 2012, a single hole was drilled towards the Sully gravity target by others and, unfortunately, that hole deviated significantly from its planned trajectory and the target was not tested.

Pursuant to the Agreement, SFM may exercise the Option to acquire all of the issued and outstanding shares of Gravitas by:

In the event that the parties are not able to agree to the terms of the Share Purchase Agreement within 30 days of exercise of the Option, SFM will have the right to cause Gravitas to assign to it all of its rights pursuant to the Underlying Option Agreement.

SFM notes that its President, CEO and Director, Mr. Scott Broughton, holds 1,200,000 shares of Gravitas and that Mr. Broughton abstained from voting to approve the Transaction at the Board level. The Transaction was approved by all of the remaining Directors of the Company. SFM further notes that the Transaction remains subject to the acceptance of the TSX Venture Exchange.

Scott Broughton, P.Eng., President and CEO of the company, is a qualified person as defined by National Instrument 43-101 – Standards For Disclosure of Mineral Projects and has reviewed and approved the technical disclosure of this news release.