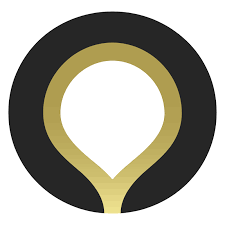 Sandstorm Gold Ltd. (NYSE: SAND) (TSX: SSL) is pleased to announce that the Company has increased its portfolio of producing assets and immediate cash flow through the execution of a US$30 million gold stream and royalty agreement with Vatukoula Gold Mines PTE Limited and the purchase of a royalty package on a portion of Vale S.A.’s operations at a net purchase price of US$108 million.

“The addition of the VGML Stream and Vale Royalties has strengthened our immediate and long term cash flow projections and fortified our producing royalty portfolio,” stated Nolan Watson, President and CEO of the Company. “The Vale Royalties provide Sandstorm shareholders exposure to high-quality assets with reserve weighted mine lives of several decades, while the VGML Stream adds fixed gold deliveries with operational and exploration upside.”

Sandstorm has executed a US$30 million gold stream and royalty on the producing Vatukoula Mine in Fiji with VGML.

Under the terms of the VGML Stream, Sandstorm will receive 25,920 ounces of gold over six years followed by 2.55%–2.9% of the gold production from the Vatukoula Mine mining licenses, which cover 12.5 km2 plus a five-kilometre area of interest.

Sandstorm will also receive a 1.0% net smelter returns royalty on VGML’s interest in certain prospecting licenses, plus a five-kilometre area of interest. VGML currently holds a 45% interest in these licenses, for an effective 0.45% NSR royalty on a 195 km2 land package.

The Vatukoula Mine is an underground gold mine located on the main island Viti Levu in Fiji. The mine has produced more than 7 million ounces of gold over the last 85+ years. Since 2013, annual mine production has averaged 30,000–40,000 ounces per year. VGML plans to expand underground operations with a production target of 50,000–70,000 ounces per year in the next 3–5 years.

Gold reserves at the Vatukoula Mine occur in more than 25 current ore bodies. Historically, many other high grade mineralized structures were mined, with production rates of 75,000–100,000 ounces per year. Sandstorm believes the property has significant growth potential based on optimizing current reserves and operations, by expanding known deposits with increased drilling and exploring new target areas within the current mine workings and areas immediately adjacent.

The Vatukoula Mine currently operates a 1,550 tonne per day processing plant. Underground ore is subject to three-stage crushing, a ball mill, and flotation prior to roasting and leaching to a gold recovery circuit. Tailings are also re-processed via a thickener, leach tanks and a gold recovery circuit. Mill operating results for 2019 and 2020 are summarized in the table below. Proceeds from the stream will be invested by VGML in underground operations to increase tonnage and production to a total of 50,000–70,000 ounces per year in the next 3–5 years.

The historical mineral reserve and mineral resource estimates have been sourced from the report titled “Vatukoula Gold Mine, Fiji, Ore Reserve Depletion Report 2020” dated February 2021. These historical estimates are set out in the tables below.

Based on detailed evaluation of this historical data and a site visit by members of our technical team, Sandstorm has identified significant growth potential at the asset.

Closing and funding of the VGML Stream is subject to certain closing conditions including, but not limited to consent of the Reserve Bank of Fiji, approval from the majority of Zhongrun’s shareholders in attendance at a special shareholders’ meeting to approve the transaction, consent from the Minister of Lands and Mineral Resources, and consent from the Fiji Director of Mines. Closing is currently expected within 4-6 weeks.

While production attributable to the Vale Royalties is expected to increase through 2025, analyst consensus iron ore pricing declines over that period. Using a long-term iron ore price of US$75 per tonne (a decrease of more than 60% compared to current iron ore price of US$200+ per tonne), combined with the growth in production from Sandstorm’s existing portfolio, iron ore is currently anticipated to account for 3% of revenue long-term.

Vale is one of the world’s largest3 low-cost iron mining companies4, contributing approximately 15% of global iron ore supply. Vale’s iron ore production is in the first quartile of the cost curve4 and the Northern and Southeastern Systems have reserve weighted mine lives of 30 years.

The Northern System is comprised of three mining complexes: Serra Sul, Serra Norte, and Serra Leste located in the Carajas District. In 2020, the Northern System produced 192 Mt of iron ore. Production capacity was 206 Mt at the end of 2020. Vale expects capacity to increase to 230 Mt by the end of 2022, with a long-term target of 260 Mt, which would be achieved via the approved expansion at Serra Sul and other growth projects5.

The Southeastern System is comprised of three mining complexes: Itabira, Minas Centrais, and Mariana located in Minas Gerais. These complexes will start contributing to the Vale Royalties once a cumulative sales threshold of 1.7 billion tonnes of iron ore has been reached, which Vale most recently estimated would occur in 2024. Approximately 70% of iron sales from the Southeastern System are covered by the Vale Royalties. Vale expects production capacity to increase to 101 Mt by the end of 20225 from current levels of 77 Mt in 2021.

Royalty payments are paid by Vale on a semi-annual basis on March 31 and September 30 of each year, reflecting production in the preceding half calendar year period (January 1–June 30 and July 1–December 31, respectively). Sandstorm will accrue the royalty revenue quarterly.

With the addition of the Royalties, Sandstorm is forecasting attributable gold equivalent production between 62,000–69,000 ounces in 2021.

Sandstorm remains focused on precious metals and continues to estimate approximately 80% of revenue coming from gold and silver. Using consensus iron ore prices, the Company is currently expecting iron ore to account for 10% of revenue in 2021, dropping to 3% long-term.

Statements regarding performance and expectations and Sandstorm’s 2021 guidance and outlook are based on public forecasts and other disclosure by the third-party owners and operators of our assets or on our assessment thereof including certain estimates based on such information.

Sandstorm is a gold royalty company that provides upfront financing to gold mining companies that are looking for capital and in return, receives the right to a percentage of the gold produced from a mine, for the life of the mine. Sandstorm has acquired a portfolio of 229 royalties, of which 29 of the underlying mines are producing. Sandstorm plans to grow and diversify its low cost production profile through the acquisition of additional gold royalties.