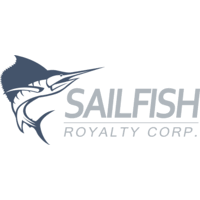 Sailfish Royalty Corp. (TSX-V: FISH) (OTCQX: SROYF) is pleased to announce that it has entered into a binding letter of intent with 1287398 B.C. Ltd. to complete a transaction with Pubco with the goal of creating a silver focused exploration and development company. The Proposed Transaction is expected to result in the transfer of the Company’s wholly owned Gavilanes silver property located in Durango, Mexico to Pubco in exchange for shares of Pubco. Pubco has also signed a binding letter of intent with certain funds managed by Wexford Capital LP to acquire the Commonwealth silver and gold property in Cochise County, Arizona. Closing of the Gavilanes Acquisition is subject to, among other things, Pubco acquiring the Commonwealth Silver-Gold Project in exchange for shares of Pubco, a concurrent private placement financing for proceeds of US$5,000,000, and receipt of conditional acceptance from the TSX Venture Exchange to have Pubco’s common shares listed on the TSXV.

Cesar Gonzalez, Chief Executive Officer of Sailfish states that, “the Proposed Transaction is an important milestone in unlocking value for Sailfish shareholders. The Gavilanes Silver Project now ranks among the highest-grade silver exploration projects in Mexico and should be held within a vehicle that can dedicate the exploration funds that the project deserves. Pairing Gavilanes with the Commonwealth Silver-Gold Project is expected to further enhance value for Sailfish shareholders by providing the scale and diversification required of a standalone publicly traded company. And most importantly, both projects have seen limited drilling and offer significant exploration upside.”

The Commonwealth Silver-Gold Project is a low sulphidation epithermal precious metals project located in Cochise County, Arizona. It hosts the past-producing Commonwealth mine on patented claims and an updated mineral resource estimate containing 12.6 million oz of silver and 131,000 oz of gold in the Measured and Indicated categories plus another 7.1 million oz of silver and 100,000 oz of gold in the Inferred category (see Exhibit 1). Importantly, the entire resource is focused on drilling carried out at Pearce Hill as comprehensive drilling has yet to be completed at the Blue Jeep, Six Mile and San Ignacio targets – all within five kilometers of Pearce Hill. Pubco plans to conduct a CSAMT Survey to look for buried epithermal targets under the colluvial cover between the silica cap outcrops. Wexford Spectrum Fund, L.P., Wexford Catalyst Fund, L.P., Spectrum Intermediate Fund Limited and Catalyst Intermediate Fund Limited indirectly own the project through a Canadian subsidiary, Marlin Gold Mining USA Ltd.

The Gavilanes Silver Project is located in the prolific San Dimas mining district in Durango State, Mexico approximately 23 km northeast from First Majestic Silver Corp.’s producing San Dimas mine. Sailfish completed a technical report on the project in May 2021 (see press release dated May 18, 2021) which highlighted an Inferred mineral resource estimate of 22.4 million oz AgEg at a grade of 245.6 g/t AgEq with more than 84% of the mineral resource estimate attributable to silver (see Exhibit 2).3  The mineral resource is all within 330 meters of surface and remains open along strike and at depth with several nearby new veins mapped at surface that have yet to be drilled. Sailfish indirectly owns the project through a wholly owned Canadian subsidiary called Swordfish Silver Corp.

Pubco is a company incorporated under the laws of British Columbia and is a reporting issuer in British Columbia and Alberta.  It does not currently have an active business.  It is owned by a group comprised of Medalist Capital Ltd. Delbrook Capital Inc. and certain directors and officers of Sailfish. As certain shareholders of Pubco are related parties of Sailfish, the Proposed Transaction will be a “related party transaction” for Sailfish under Multilateral Instrument 61-101 – Protection of Minority Security Holders in Special Transactions; however, Sailfish expects to be exempt from the formal valuation and shareholder approval requirements of that instrument.

Under the terms of the LOI, it is anticipated that, pursuant to a plan of arrangement: (i) all of the securities of Swordfish (which holds the Gavilanes Silver Project) will be exchanged for 4,607,143 common shares of Pubco, and such shares will be distributed to shareholders of Sailfish pro-rata; and (ii) all securities of Marlin (which holds the Commonwealth Silver-Gold Project) will be exchanged for 13,821,429 common shares of Pubco. In addition, the Private Placement will be completed concurrently with the completion of the Proposed Transaction. It is expected that a total of approximately 50,000 preferred shares and 3,100,000 common shares of Pubco will continue to be held by the existing shareholders of Pubco upon completion of the Proposed

Transaction, assuming the exercise in full of all currently outstanding Pubco options. In addition to any resale restrictions under TSXV policies and applicable law, it is anticipated that Pubco’s existing shareholders will be subject to escrow such that no release of their shares will occur for a period of 18 months from the date of the TSXV bulletin in respect of listing of Pubco and such shares will subsequently be released from escrow in four equal releases every six months starting on the date that is 18 months from the date of the TSXV bulletin.

Subject to satisfactory due diligence, within 30 days of the date of the LOI, Pubco, Sailfish and funds managed by Wexford intend to enter into a definitive agreement in respect of the Proposed Transaction.

It is a condition to closing of the Proposed Transaction that Pubco has received conditional acceptance from the TSXV to have its common shares listed on the TSXV as a Tier 1 Mining Issuer by way of a direct listing. The plan of arrangement is subject to court approval. Upon completion of the Proposed Transaction, Pubco intends to change its name to “Swordfish Silver Corp.”, or such other name as is acceptable to the parties.

Pubco will endeavor to complete a majority arm’s length private placement of US$5,000,000 (or such other amount as is necessary to satisfy TSXV listing requirements). It is anticipated that net proceeds from the private placement will be used for a CSAMT geophysical survey followed by a phase one 10,000 m diamond drill campaign at the Commonwealth Silver-Gold Project. Ground mapping and permitting will commence at the Gavilanes Silver Project with a goal to eventually start a 3,000 m diamond drill campaign at a future date.

Upon consummation of the Proposed Transaction, the board of directors of Pubco shall consist of five directors, consisting of Akiba Leisman, Paolo Lostritto, Maxwell Pluss, Kiran Patankar, and Petra Decher.

Sailfish and Pubco will provide further details in respect of the Proposed Transaction in due course by way of press release, which will include all information, including financial, as required by applicable regulatory authorities.

Sailfish is a precious metals royalty and streaming company. Within Sailfish’s portfolio are two main assets in the Americas: a gold stream equivalent to a 3% NSR on the San Albino gold mine (~3.5 sq. km) and a 2% NSR on the rest of the area (~134.5 sq. km) surrounding San Albino in northern Nicaragua; and an up to 3% NSR on the multi-million ounce Spring Valley gold project in Pershing County, Nevada.