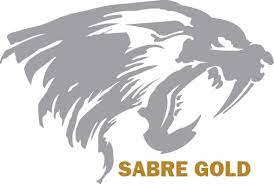 All amounts shown are in United States dollars and metric units of measurement unless otherwise Stated.

Giulio T. Bonifacio, President and Chief Executive Officer of Sabre Gold, stated: “The PEA and initial results confirms our plans to resume production at Brewery Creek with what will be low re-start capital with attractive economics which we believe will be further enhanced in 2022. Sabre Gold intends to continue the expansion of gold resources at Brewery Creek and focus on several key opportunities to enhance value, discussed in detail below. The PEA is advanced in several categories as the predecessor company was initially targeting completion of a feasibility study. Sabre Gold intends to move to a feasibility level study upon completion of the advancement of key opportunities, those of which will not impact our targeted permitting timeline. Our permitting efforts will also now focus on expanding the previously permitted area for purposes of allowing for increases to our annual production profile.” The PEA was prepared in accordance with National Instrument 43-101 (“NI 43-101”) and evaluated the economics of resuming mining at Brewery Creek through open pit mining and heap leaching mined material for gold recovery to doré. The PEA study was prepared by Kappes, Cassiday & Associates of Reno, Nevada in cooperation with Tetra Tech Inc. of Golden, CO, Gustavson and Associates of Lakewood, CO and Wood Environment & Infrastructure Solutions, of Vancouver, British Columbia.

A Lerchs-Grossmann optimization pit shell constrained the resource using a $2,000/oz gold price and the cutoff grade used is based on a gold price of $1,500/oz and is an internal cutoff grade. The process cost used for the pit shell and cutoff grade includes project general and administrative expenses as well as an average haulage cost to transport process material to the leach pad. Only leachable Measured, Indicated and Inferred Resources are being considered in the PEA.

The PEA is targeting only leachable resources from the Measured, Indicated and Inferred categories to develop the mine plan and resulting cash flow estimates. Leachable versus non-leachable resources are determined by using the estimated total gold grades and estimated recoveries in the resource model. While the resource tables use cyanide soluble gold for categorization the gold production, gold grades and cutoff grades are shown as in-situ for easy comparison.

Note: The Keg area includes the previously mined pits of Golden, Kokanee, portions of Canadian and Upper
Fosters and the unmined Lower Fosters deposit. Resources estimates in Table 2 are prior to final pit optimization
and design used to develop diluted potentially minable material.

The Mineral Resource Estimate was prepared by Gustavson Associates, LLC (Gustavson). The resource estimate was conducted in accordance with Canadian National Instrument 43-101 Standards of Disclosure for Mineral Projects, June 30,2011, and Canadian Institute of Mining, Metallurgy and Petroleum (CIM) “Best Practices and Reporting Guidelines for Mineral Resources and Mineral Reserves”, May 10, 2014.

The Brewery Creek project was evaluated by Tetra Tech for owner operated mining in the PEA as open pit truck and shovel operation. Mining was considered on the leachable (oxide) portions of nine deposits aligned in a more-or-less east-west trend along 8 kilometers in what is known locally as the “reserve trend”. The deposits are West Big Rock, East Big Rock, Upper & Lower Fosters, Kokanee, Golden, Lucky, Bohemian and Schooner. The mine schedule calls for mining and processing over 18.7 million tonnes of heap leach feed and 79.6 million tonnes of waste for a strip ratio of 4.03:1. The current life of mine is 7.9 years.

The base case assumes mining and crushing for 275 days per year at an average rate of 9,000 tonnes per day. All heap leach feed material will be crushed to 80% passing 19 mm and conveyor stacked onto existing leach pad which will be off loaded with a 2-meter cushion of old material remaining on the pad to protect the liner. The off-loaded material will be used as back fill to reclaim old pits and or stacked on new storage facilities. The last three original designed cells will be built in year 3.

Material will be delivered to the crushing area and reduced to a nominal 80% passing 19 mm after tertiary crushing with modular crushing units. The crushed material will be stacked on the leach pad by a conveyor stacking system and leached with a low concentration cyanide solution. Gold recovery from the leach solutions is accomplished through an ADR plant.

Estimates for gold recovery and consumption rates of reagents is based on metallurgical testing conducted by McClelland Laboratories and SGS. Testing was conducted on fresh drill core samples in 2013, 2016 and 2020. In total 47 column leach tests plus other testing was conducted on the nine deposits included in the PEA and two deposits not included in the PEA. Compacted permeability test work indicate that cement agglomeration is not required for heap heights up to 60 meters.

The PEA outlined several opportunities to enhance the economic potential of Brewery Creek including the following:

Community and First Nation engagement has been a strong component of the Brewery Creek Project dating to the initial mine operator, Viceroy Resources. In 2016 Golden Predator updated and modernized the Socio-Economic Agreement with the Tr’ondek Hwech’in (TH), which addresses environmental responsibilities, permitting, education and employment as well as preferential contracting opportunities and wealth sharing. The Brewery Creek Project lies with the traditional territory of both the Tr’ondek Hwech’in and the First Nation of Na Cho Nyak Dun (NND). Regardless of the pre-existing relationship and agreement with TH and the proximity to Dawson City, Yukon the Company has and will continue to consult with both First Nations on all permitting and regulatory matters.

The PEA results are summarized for purposes of this press release. Further details on the PEA and technical report will be filed on SEDAR and the Company’s website by January 31, 2022.

The technical content of this news release has been reviewed and validated by Michael Maslowski CPG, a Qualified Person as defined by National Instrument 43-101 that the information contained in the release is consistent with that provided by the independent Qualified Persons responsible for the PEA. Mr. Maslowski is employed by Sabre Gold Mine Corp as Vice President of Technical Services and Exploration.

The Company has included certain non-IFRS measures in this press release. The Company believes that these measures provide investors an improved ability to evaluate the underlying performance of the project. The non-IFRS measures are intended to provide additional information and should not be considered in isolation or as a substitute for measures of performance prepared in accordance with IFRS. These measures do not have any standardized meaning prescribed under IFRS, and therefore may not be comparable to other issuers.

Sabre Gold is a diversified, multi-asset near-term gold producer in North America which holds 100-per-cent ownership of both the fully permitted Copperstone gold mine located in Arizona, United States, and the Brewery Creek gold mine located in Yukon, Canada, both of which are former producers. Management intends to restart production at Copperstone followed by Brewery Creek in the near term. Sabre Gold also holds other investments and projects at varying stages of development.

Sabre Gold’s two advanced projects have approximately 1.5 million ounces gold in the Measured and Indicated categories, and approximately 1.2 million ounces gold in the Inferred category. Additionally, both Copperstone and Brewery Creek have considerable exploration upside with a combined land package of over 230 square kilometers that will be further drill tested with high-priority targets currently identified. Sabre Gold is led by an experienced team of mining professionals with backgrounds in exploration, mine building and operations.