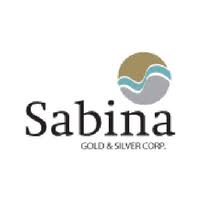 Sabina Gold & Silver Corp. (TSX:SBB) (OTCQX:SVSVF) is pleased to announce that it has closed the third tranche of the US$95 million equity private placement to Orion Mine Finance and Wheaton Precious Metals Corp. in connection with the previously announced Project Financing Package to fund construction and development of the Goose Mine at Sabina’s 100% owned Back River Project in Nunavut, Canada.

The Project has received all major permits and authorizations for construction and operations.

The Company has arranged a comprehensive project financing package comprised of:

The Company continues to advance exploration and project optimization, including advancing the planned plant expansion to 4,000 tpd from Year two to initial startup.