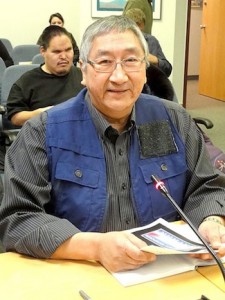 Sabina Gold & Silver Corp (TSX:SBB) and the Kitikmeot Inuit Association are pleased to announce they have finalized the details of two important agreements which will continue to foster and build on a relationship of cooperation between the two organizations as we to continue to work together towards the responsible development of the Back River Gold Project. Earlier this year, agreements for the Development Trust and Capacity Funding were completed.

The KIA is the surface title holder of 104,278 Km2 of Inuit owned lands in the Kitikmeot Region, including the majority of the lands which comprise the Back River Gold Project. The KIA represents the interests of Inuit beneficiaries in the region under the Nunavut Land Claims Act and is a participant in the environmental assessment process of Back River.

Charlie Evalik, President of the KIA acknowledged Sabina for its support of KIA’s ambitions to create opportunities for the beneficiaries of the region. “The KIA is committed to principles of economic sustainability and environmental stewardship in respect of Back River. We view these agreements as important steps to establishing a cooperative long term relationship which is aligned with these principles. Sabina is a welcome participant in this process.”

The Trust will be established with an objective of contributing funding towards short and long term KIA development projects and initiatives including training and education as well as infrastructure projects that will serve to support sustainable economic development in the region.

“The development of the Trust is indicative of our investment in the economic sustainability and environmental stewardship of the Kitikmeot,” said Rob Pease, President & CEO of Sabina “We view this Trust as a vehicle to cultivate long term relationships with the beneficiaries of the region, train our future employees and potentially support infrastructure needs and growth in the future. We are proud to be one of the first companies in Nunavut to create such a Trust.”

The definitive form of the Development Agreement incorporates the following terms:

As previously reported, environmental assessment and permitting processes for Back River are well underway. The Company is committed to working efficiently with the KIA through the process and recognizes that the KIA has an immediate need to increase its personnel capacity to respond to the technical review of the Project. To this end, Sabina and the KIA have finalized a Capacity Funding Agreement.

Under the terms of the Capacity Agreement Sabina will fund the KIA based on an agreed work plan and budget for the environmental assessment and permitting processes. Funding will occur over an estimated period of three years ending in 2016, which is the anticipated completion of the permitting process. This funding will enable the KIA to establish stable, long term funding to enable the KIA to employ staff, retain certain technical specialists and to conduct such administrative and management functions as are required with the process.

Sabina’s primary assets, all located in Nunavut, consist of: the Back River Gold Project, currently in the pre-feasibility and permitting phase; the Wishbone Claims, a vastly prospective grass roots project; and the Hackett River Silver Royalty, a silver production royalty on Xstrata Zinc’s Hackett River project comprising 22.5% of the first 190 million ounces produced and 12.5% of all the silver produced thereafter. The Company ended 2013 with approximately $58 million in cash and expect to end 2014 with approximately $36 million.