Ikkari has a National Instrument 43-101 mineral resource estimate of 49 million tonnes at 2.5 grams per tonne gold for 3.95 million inferred ounces (see Sept. 13, 2021 press release) 1. Over 45,000 metres of drilling has now been completed at Ikkari since its maiden resource statement (location of new holes see figure 1), focused on upgrading and exploring the limits of the Ikkari resource estimate.

New drilling at Ikkari extends near-surface high-grade zone to the east (figures 2 and 3):

Drilling at depth in the Ikkari deposit continues to confirm gold intercepts at the limits of September 2021’s maiden resource estimate:

James Withall, CEO of Rupert Resources commented “The new drilling at Ikkari continues to impress with more indications of near-surface, high-grade material in the eastern section of the deposit with the drilling providing yet further proof of Ikkari’s characteristic exceptional continuity and potentially broad mining widths, which we expect to be captured in the preliminary economic assessment.”

Results from six new holes at Ikkari (figure 1) have further confirmed near-surface, high grade mineralisation as well as adding to the depth of the mineralised zone. These results, from holes drilled mostly from the northern side of the deposit, during winter, confirm widths of the mineralised zones and improve continuity of high grades across the main mineralised zone by demonstrating the low variance of grade distribution. For example, in the eastern part of the deposit, hole 122057 includes a substantial intercept of 8g/t Au over 59m from 116m below surface (figures 2 and 3), which improves on previously reported grades on this section, and in the central part of the deposit hole 122090 also returns a high-grade intercept of 6.3g/t over 47m from 173m vertical (figure 1).

Further drilling at depth in the deposit has also improved grades at the lower margins of the reported Resource estimation, with hole 122068 reporting 3.7g/t Au over 13m from 440m vertical (figure 2).

An updated resource and accompanying preliminary economic assessment will be completed in H2 2022. Approximately 75,000m of drilling is budgeted for the next twelve months targeting resource additions through satellites or extensions to Ikkari and elsewhere on Rupert’s five regional target areas.

Ikkari was discovered using systematic regional exploration that initially focused on geochemical sampling of the bedrock/till interface through glacial till deposits of 5m to 40m thickness. No outcrop is present, and topography is dominated by low-lying swamp areas.

The Ikkari deposit occurs within rocks that have been regionally mapped as 2.05-2.15 billion years old Savukoski group greenschist-metamorphosed mafic-ultramafic volcanic rocks, part of the Central Lapland Greenstone Belt. Gold mineralisation is largely confined to the structurally modified unconformity at a significant domain boundary. Younger sedimentary lithologies are complexly interleaved, with intensely altered ultramafic rocks, and the mineralized zone is bounded to the north by a steeply N-dipping cataclastic zone. In general, alteration and structure appear to be sub-vertical, with lithologies generally dipping ~70 degrees north.

The Rupert Lapland Project is located in the epicentre of the Central Lapland Greenstone Belt, Northern Finland, where the company has made six new discoveries including the high quality Ikkari Project with an inferred mineral resource estimate of 49Mt at 2.5 g/t gold for 3.95 million ounces1. The Rupert Lapland Project also holds the permitted Pahtavaara mine and mill (on active care & maintenance) within a regional land package of some 735km2. The Company acquired the project for USD2.5m in 2016 and is undertaking exploration both at the existing mine and across the region to demonstrate the potential for significant economic mineralisation. The Ikkari deposit and five other discoveries are located in a structural corridor that lies between the Kittilä Group allochthon to the north and the younger Kumpu Group basin to the south. The mineralised area is dominated by large E-W to ENE trending faults which have controlled broad to isoclinal folding within the sediment-dominated (Savukoski Group) rock package. A complex network of cross cutting structures has focused multi-stage fluid flow, with gold mineralisation associated with massive to fine-grained disseminated sulphides and concentrated at favourable structural intersections.

Rupert Resources is a gold exploration and development company listed on the TSX Venture Exchange. The Company is focused on making and advancing discoveries of scale and quality with high margin and low environmental impact potential. The Company’s principal focus is Ikkari, a new high quality gold discovery in Northern Finland. Ikkari is part of the Company’s “Rupert Lapland Project,” which also includes the Pahtavaara gold mine, mill, and exploration permits and concessions located in the Central Lapland Greenstone Belt of Northern Finland. The Company also holds a 100% interest in the Surf Inlet Property in British Columbia, a 100% interest in properties in Central Finland and a 20% carried participating interest in the Gold Centre property located adjacent to the Red Lake mine in Ontario. 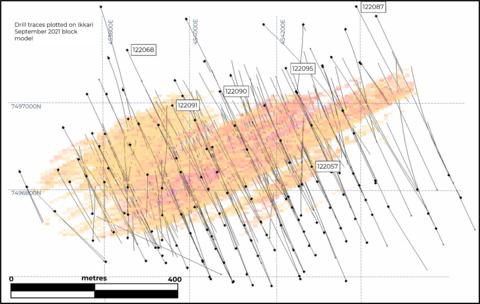 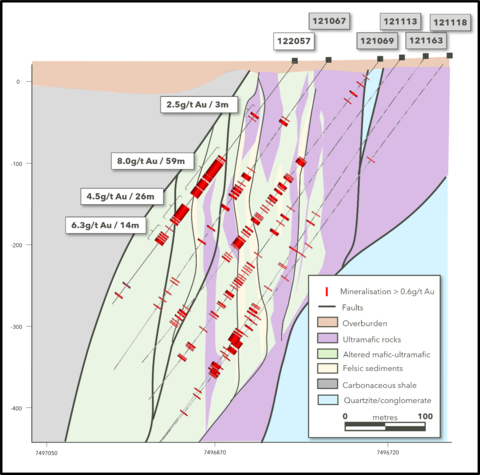