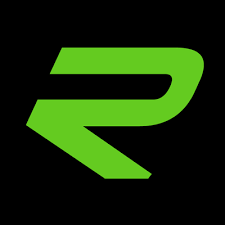 Rugby Mining Limited (TSX-V: RUG) is pleased to report that joint-venture partner Calidus Resources Limited (ASX:CAI) have reported partial results from their first reconnaissance drilling program on Rugby’s Otways Project, Pilbara Australia. Calidus recently entered into a Heads of Agreement with the Company to earn up to 70% interest as reported in news release NR2004.

In addition, four RC holes have been completed at Malachite Flats approximately 1.5km to the southwest of Otways, targeting surface gold and copper mineralization. Results are pending.

In the late 1960’s shallow (<60m depth) percussion drilling of coincident soil and induced polarization anomalies by Conwest Exploration identified copper mineralization in metabasalts at/near surface. Several holes intersected copper mineralization at depth. The drill holes lie at the eastern end of a well developed, northeast trending copper in soil anomaly. It continues for about 1.5 km to the southwest of the current drilling.

Calidus drilled six holes in July-August to test the validity of the results from the historic drilling. The drill results reported here comprise three lines approximately 80m apart, each of two holes. Copper mineralization is present from surface down to a maximum depth of about 105m. It appears to be thickening and strengthening in grade to the west where it remains open. This pattern is consistent with a copper in soils anomaly.

Mineralization along the western two lines is developed from surface or near surface to a depth of about 85m and appears to be nearly horizontal and subparallel to the stratigraphy. Mineralization is hosted by moderately to strongly altered and locally brecciated pillowed basalt and comprises fracture fill and coarse-grained chalcopyrite in the matrix between basalt pillows. The copper is associated with carbonate- epidote-chlorite alteration and mild local brecciation.

Calidus reported that next year they plan step out drilling to the west and south to test whether the grades improve under the 1.5 km long soil anomaly.

For detailed information of the drill program and results please visit the Calidus’ news release by: Clicking Here

Paul Joyce, Rugby’s Chief Operating Officer, Director and a “qualified person” within the definition of that term in National Instrument 43-101, Standards of Disclosure for Mineral Projects, has verified the technical information that forms the basis for this news release.

Calidus Resources Limited and Steve Sheppard a Competent Person* have approved the content of this news release.

*Competent Person as defined in the 2012 edition of the Australasian Code of Reporting of Exploration Results, Mineral Resources and Ore Reserves.

Rugby is an exploration company conducting “discovery stage” exploration on targets in Colombia, Argentina, the Philippines and Australia. The Company controls a portfolio of gold projects in Colombia that do not require the Department of Forestry approval that stalled the Cobrasco copper project in Choco Province. These gold projects have considerable potential for gold, silver and copper discoveries.

The Company benefits from the experience of its directors and management, a team that has either been directly responsible for world-class mineral discoveries or have been part of the management teams responsible for such discoveries. Prior companies under their management included Exeter Resource Corporation and Extorre Gold Mines Limited, which held significant projects in South America. These companies were taken over by Goldcorp (Newmont) and Yamana respectively.