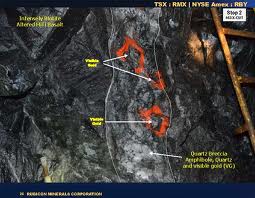 Rubicon Minerals Corporation (TSX:RMX) (NYSE MKT:RBY) is pleased to announce that it has closed its previously announced bought deal financing of 74,290,000 units which includes the exercise of the over-allotment option in full, at an offering price of C$1.55 per Unit for aggregate gross proceeds to the Company of C$115,149,500. Each Unit consists of one common share and one-half of one common share purchase warrant of the Company, with each Warrant entitling the holder thereof to acquire, subject to adjustment in certain circumstances, one Share in the capital of the Company at a price of C$2.00 until March 12, 2015. The Warrants will trade on the Toronto Stock Exchange under the symbol “RMX.WT”.

The Company plans to use the net proceeds from the Offering to further develop the Phoenix Gold Project.

The Units were offered by way of a short form prospectus in all of the provinces of Canada pursuant to National Instrument 44-101 Short Form Prospectus Distributions and in the United States pursuant to a registration statement filed under the Canada/U.S. multi-jurisdictional disclosure system.

This news release shall not constitute an offer to sell or the solicitation of an offer to buy nor shall there be any sale of the Units in any jurisdiction in which such offer, solicitation or sale would be unlawful prior to registration or qualification under the securities laws of that jurisdiction.

Rubicon Minerals Corporation is an advanced stage gold development company. The Company is focused on responsible and environmentally sustainable development of its Phoenix Gold Project in Red Lake, Ontario. Initial potential gold production is expected to be achieved in mid-2015, based on current knowledge and planning by management of the Company. The Phoenix Gold Project is fully permitted for initial production at 1,250 tonnes per day. In addition, Rubicon controls over 100 square miles of prime exploration ground in the prolific Red Lake gold district which hosts Goldcorp’s high-grade, world class Red Lake Mine. Rubicon’s shares are listed on the NYSE MKT (RBY) and the Toronto Stock Exchange (RMX).