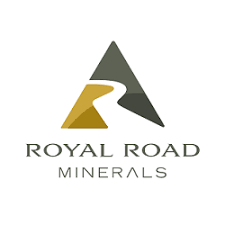 Royal Road Minerals Limited (TSX-V: RYR) is pleased to announce that further to its news release dated July 14, 2020, the Company has closed its previously announced “bought deal” prospectus offering, including the full exercise of the over-allotment option granted to the underwriters, through the issuance of an aggregate of 31,222,500 ordinary shares of the Company at a price of C$0.37 per Share for aggregate gross proceeds of C$11,552,325. The Offering was led by Stifel GMP, on behalf of a syndicate of underwriters, including Pollitt & Co. Inc., Sprott Capital Partners LP, Leede Jones Gable Inc. and Red Cloud Securities Inc.

As consideration for their services in connection with the Offering, the Underwriters received: (i) a cash commission of $693,139.50, being equal to 6% of the gross proceeds realized on the sale of the Ordinary Shares under the Offering; and (ii) an aggregate of 1,873,350 broker warrants, exercisable to acquire such number of ordinary shares of the Company  representing 6% of the Ordinary Shares sold pursuant to the Offering. Each Broker Warrant entitles the holder thereof to acquire one Broker Warrant Share at the Offering Price for a period of twenty-four months from the Closing Date.

The Company plans to use the net proceeds from the Offering to fund exploration expenditures at the Company’s exploration projects in Nicaragua and Colombia as well as for working capital and general corporate purposes.

The Shares were offered by way of a short form prospectus dated July 29, 2020, which was filed in all of the provinces of Canada, except Québec. The Shares were also sold to U.S. buyers on a private placement basis pursuant to an exemption from the registration requirements in Rule 144A of the United States Securities Act of 1933, as amended, and other jurisdictions outside of Canada and the United States.

The transaction constituted a “related party transaction” within the meaning of Multilateral Instrument 61-101 – Protection of Minority Security Holders in Special Transactions, as certain insiders of the Company, including Dr. Tim Coughlin, Peter Mullens, Jon Hill, Liz Wall and Agnico Eagle Mines Limited participated in the Offering. Such related party transactions are exempt from the formal valuation and minority shareholder approval requirements of MI 61-101 as neither the fair market value of securities being issued to the related parties nor the consideration being paid by the related parties exceeded 25% of the Company’s market capitalization. The Company disclosed such related party participation at least 21 days prior to the completion of the Offering in a material change report dated July 23, 2020, which report can be found on the Company’s issuer profile on SEDAR at www.sedar.com.

This press release shall not constitute an offer to sell or the solicitation of an offer to buy nor shall there be any sale of the securities in any state in which such offer, solicitation or sale would be unlawful. The securities being offered have not been, nor will they be, registered under the United States Securities Act of 1933, as amended (the “1933 Act”) and may not be offered or sold in the United States absent registration or an applicable exemption from the registration requirements of the 1933 Act, as amended, and application state securities laws.