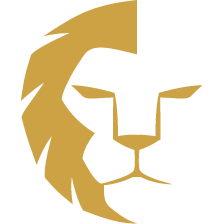 Royal Helium Ltd. (TSX-V: RHC) (TSXV: RHC.WT) (OTCQB: RHCCF) is pleased to report that following up on the previously announced lithium assays in Climax-1 (see news release Aug 22, 2022) it has also sampled up to 81.3 Mg/L lithium brine at Climax-2 on Royal’s Climax helium land block located approximately 160 km south of Swift Current in southwest Saskatchewan. Climax-2 is approximately 2.7 kilometers southeast of Climax-1 with both wells testing the lithium bearing brine zone within the Duperow formation. With the more detailed 3D seismic Royal conducted this year, it is believed that the Climax-2 lithium brine zone is an extension of the same pool found in Climax-1 and appears to extend well beyond the current 3D coverage area which will be expanded and tested in upcoming programs. Further engineering and analysis will be conducted once the Climax mineral rights are granted.

Andrew Davidson, President, and CEO of Royal comments: “These tests not only continue to show some of the highest lithium assays in western Canada but are also indicating a very large potential pool size which really substantiates our reasoning to develop this lithium play further. As indicated in our previous news release, we have already applied for the mineral rights to all of Climax and are awaiting issuance from the province”.

The Climax project is approximately 60,000 hectares in size, which would make for one of the largest lithium exploration projects in Western Canada. The Company will explore all options for developing the lithium project, such that the focus of the Company will remain on exploiting the helium already discovered at Climax and elsewhere.

Royal controls over 1,000,000 acres of prospective helium land in southern Saskatchewan and southern Alberta. All of Royals’ lands are in close vicinity to highways, roads, cities and importantly, close to existing oil and gas infrastructure, with a significant portion of its land in close proximity to existing helium producing locations. With stable, rising prices and limited, non-renewable sources for helium worldwide, Royal intends to become a leading North American producer of this high value commodity.