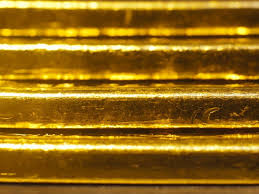 Roxgold Inc. (TSXV: ROG) is pleased to announce that it has entered into a definitive agreement with XDM Royalty Corp. providing for the acquisition of all of the outstanding securities of XDM by Roxgold.  Subject to further adjustments at closing, XDM shareholders will receive approximately 0.175 Roxgold common shares for every one common share of XDM which represents a deemed issue price of approximately $0.55 per Roxgold share. Roxgold expects to receive net proceeds totaling approximately $7.5 million after transaction and severance costs.

“We are very pleased to announce this latest milestone in Roxgold’s development,” said John Dorward, President and Chief Executive Officer. “This transaction will provide Roxgold with additional capital to advance its strategic development goals, including early stage site works at Yaramoko upon reaching a construction decision based on the completion of the Feasibility Study and obtaining relevant permits in the first half of next year.”

The proposed Acquisition remains subject to, among other things, the receipt of applicable shareholder and regulatory approvals, including the approval of the TSX Venture Exchange.

“This transaction represents an attractive value proposition for both companies and an efficient mechanism to deliver the value of XDM’s net working capital to shareholders,” commented Kevin Feeney, Chief Financial Officer and Company Secretary for XDM.

Roxgold is a gold exploration and development company with its key asset, the high grade, 100% owned Yaramoko exploration permit located in the mineral-rich Houndé greenstone region of Burkina Faso, West Africa.  The Company recently announced a Preliminary Economic Assessment in September 2013 which demonstrated attractive potential economics. The Company is currently completing a Feasibility Study which is expected to be completed in the second quarter of 2014.  Roxgold trades on the TSX Venture Exchange under the symbol ROG.