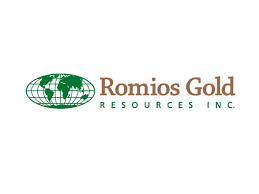 Romios Gold Resources Inc. (TSX-V:  RG) (OTCQB: RMIOF) (FSE: D4R) is pleased to report that it has successfully completed its fall drilling program on the Lundmark-Akow Lake gold and base metals project in northwestern Ontario. The drilling program resulted in the intersection of two banded iron formations not previously known in this area and only 18 km NNW of Newmont’s giant Musselwhite gold mine which is hosted by a tightly folded iron formation.

“In addition to testing the aforementioned base metal and gold targets, the 2021 drill program was the first to test 2 major EM conductors along the western side of the property, resulting in the intersection of two banded iron formations not previously known in this area and only 18 km NNW of Newmont’s giant Musselwhite gold mine which is hosted by a tightly folded iron formation,” stated John Biczok, VP of Exploration.

“We are quite excited by the intercepts of these 2 iron formations, with drilled widths up to 13.6 m, as they occur just 300 m along strike from a well-developed fold, >800 m long, which is evident on historic aeromagnetic maps of the area. This folded portion of the iron formation presents an ideal structural setting for the potential development of Musselwhite-type gold mineralization and has become a high-priority target for the next phase of drilling,” he continued.

The three VMS (volcanogenic massive sulphide) style base metal zones intersected in 2019 assayed up to 2.4 g/t Au and 1.26% Cu over 3.25 m with locally significant silver, lead and zinc values. These zones were discovered by following a >7 km long alteration pathway through a combination of geophysical surveys and diamond drilling as there are virtually no outcrops of this alteration zone. Five holes targeted the VMS zones in 2021, including two drilled from the same setup.

Gold-bearing veins found on the Lundmark-Akow Lake property to date are of 2 types, which may be genetically related: gold-bearing quartz + pyrrhotite veins assaying up to 8.64 g/t Au over 4.75 m, and “epithermal-looking” calcite +/- dolomite-pyrite-pyrrhotite-chlorite veins up to 7.5 m wide that are locally auriferous, assaying up to 2.96 g/t Au over 1.0 m. These calcite veins are thought to be formed from deep-seated, high-pressure fluids potentially related to the nearby gold-quartz veins. Similar veins are found in the Red Lake gold mines. The 2021 drilling intersected more of these unusual veins up to 2.3 m wide in three holes while 2 holes specifically targeted the extension of the main gold-bearing quartz vein intersected in 2019.

“This latest drill program was completed under considerable time pressures after unavoidable delays caused by an industry-wide shortage of drillers and the severe forest fire situation in NW Ontario,” commented Stephen Burega, President of Romios. “The pending drill results will be used to guide our next phase of drilling in the core area of this mineral rich property covering an area that is 5 km x 1.2 km. To date, the Company has drilled only 16 holes but has intersected 4 different styles of overlapping gold and base metal mineralization with numerous geophysical targets still to be tested and known zones to be fully delineated.”

The technical information in this news release has been reviewed and approved by John Biczok, P. Geo., VP-Exploration for Romios Gold and a Qualified Person as defined by National Instrument 43-101. In addition to his extensive experience with several major mining companies exploring for a wide variety of ore deposit types across Canada and India, Mr. Biczok spent 12 years conducting exploration and research at the Musselwhite gold mine in NW Ontario.

Romios Gold Resources Inc. is a progressive Canadian mineral exploration company engaged in precious- and base-metal exploration, focused primarily on gold, copper and silver. It has a 100% interest in the Lundmark-Akow Lake gold-copper property in northwestern Ontario and extensive claim holdings covering several significant porphyry copper-gold prospects in the “Golden Triangle” of British Columbia. Additional interests include two former producers, the La Corne molybdenum mine property (Quebec) and a former high-grade gold producer, the Scossa mine property (Nevada). The Company also retains an ongoing interest in several properties including a 20% carried interest in five claim blocks in the Thunder Bay silver district of northwestern Ontario; and a 2% NSR on the Hislop gold property in Ontario.