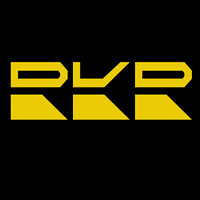 Drillhole D22-03 tested the interpreted crest of the Duncan Anticline and encountered intensely silicified Badshot Limestone that is locally mineralized with sphalerite and galena. Unexpectedly strong, upward deflection of this drillhole, forced the trace of the drillhole to deviate above the intended target, the lower Badshot Limestone – Mohican sediment contact.

Drillhole D22-02 was designed to test the continuity of the strong mineralization previously cored in the No. 7 Zone by drillhole 97-12. Drillhole D22-02 cored a 34.75 m wide zone of semi-massive pyrite-sphalerite-galena mineralization. The silver assays in DDH D22-02 add further value to the carbonate hosted Pb-Zn mineralized zones in this area of Duncan Lake, Table 1. Through decades of exploration, the Duncan Camp has not been known to host significant silver concentrations paired with the Pb-Zn mineralization. Silver grades averaged 1.7 g/t Ag from historic Cominco drilling north of the Duncan Mine between 1989 and 1995. During the largest drill campaign by Teck Cominco in 1997, they did not assay for silver and the strength and significance of silver in the Duncan Lake Mine area may not have been fully recognized.

John Mirko, President and CEO of Rokmaster, stated: “The trend of increasing silver grades to the north of the Duncan Lake mine suggested by Rokmaster (News Release Dec. 20, 2021) is supported by the enhanced silver values obtained from DDH D22-02. The data suggests that carbonate hosted lead zinc occurrences in the Duncan Lake area offers shareholders the opportunity to purse both a strong zinc-lead target as well as a promising silver enhanced target. Rokmaster’s Duncan Lake exploration programs are undertaken in an area with excellent access, near Teck’s smelter, with the right metallogenic ‘address’, and on a claim package large enough to reflect the scale of this impressive mineralizing system.”

Quality Assurance/Quality Control. The press release documents the results of drill core samples collected at Duncan Lake. All samples were shipped to MSA Labs in Langley, British Columbia. MSA is an ISO 17025 (Testing and Calibration Laboratory) and an ISO 9001 (Quality Management System) Certified Laboratory. Rock samples were crushed to 2 mm and a 250-gram sub sample was pulverized with 85% of the sample passing 75 microns. The sub sample was analysed using a combination of MSA Labs FAS111 for Au and IMS–230 (4 acid digestion) for silver, base metals and other trace elements. FAS111 for gold is an ore grade fire assay of a 30 g pulp with an AAS finish with a detection range between 0.01 and 100 ppm). IMS-230 utilizes four acid digestion and provides trace level analytical data on silver, base metals and 44 other elements. Samples that returned >1.0% Pb or >1.0% Zn from IMS-230 were automatically re-analyzed for Pb and Zn by overlimits assay methods ICF-6Pb and ICF-6Zn, respectively. In addition to internal MSA lab standards, Rokmaster submitted known standards into the sample stream.

The technical information in this news release has been prepared in accordance with Canadian regulatory requirements as set out in National Instrument 43-101 and reviewed and approved by Eric Titley, P. Geo., who is independent of the Company and who acts as Rokmaster’s Qualified Person.

An updated corporate presentation, figures and photos are available on Rokmaster’s website at https://rokmaster.com/projects/duncan-lake-zinc/maps-and-figures/

Rokmaster controls a portfolio of three significant exploration and development projects all of which are located in southern British Columbia in regions of excellent infrastructure. The three projects include: