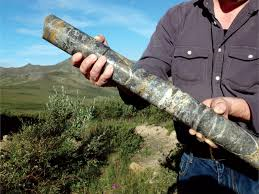 Rockhaven Resources Ltd. (TSX-V:RK) is pleased to announce the results of a positive Preliminary Economic Assessment for its 100%-owned and road-accessible Klaza property, located in the Dawson Range Gold Belt of southern Yukon. The results of the PEA include a pre-tax Net Present Value at a 5% discount rate of $150 million with a pre-tax Internal Rate of Return of 20% and a post-tax NPV at a 5% discount rate of $86 million and a post-Tax IRR of 14%.

AMC Mining Consultants (Canada) Ltd. (mineral resource, mining, infrastructure and financial analysis) was contracted to conduct the PEA in cooperation with Blue Coast Metallurgy Ltd. (metallurgy and processing), Morrison Hershfield (environmental), Knight Piésold (tailings) and H. M. Hamilton & Associates Inc. (concentrate marketing). The PEA is based on the updated Mineral Resource estimate from the Klaza property. The Technical Report pertaining to this PEA announcement will be filed today with the British Columbia Securities Commission and can be viewed at www.sedar.com under the Rockhaven profile or on the Rockhaven website at www.rockhavenresources.com.

Highlights from the PEA, with the base case gold price of US$1200/oz and an exchange rate of C$1.00 equal to US$0.75 are as follows (all figures in Canadian Dollars unless otherwise stated):

*Gold equivalent values for mining purposes assume base case metal prices and recoveries used in the PEA and are calculated using the following formula: AuEQ=1*Au+Ag/106.5+Pb/7.83+Zn/14.45

“The receipt of a positive PEA demonstrating strong economics over a long mine-life is a major milestone for Rockhaven,” stated Matt Turner, President and CEO of Rockhaven. “We see numerous opportunities to further enhance the economics through additional studies and exploration with a high probability for resource expansion and good potential for new discoveries across the property. Furthermore, we take great pride in how the study has incorporated socio-economic sensitivities brought to us by both First Nations and the citizens of the local village of Carmacks. We will now focus on advancing the Klaza project toward pre-feasibility through additional exploration, environmental permitting and further studies.”

The reader should be cautioned that the PEA is preliminary in nature. It consists of Inferred Mineral Resources that are considered too speculative geologically to have the economic considerations applied to them that would enable them to be categorized as mineral reserves. There is no certainty that the results of the PEA will be realized.

The Klaza project has been envisioned as a combined open-pit and underground mining operation. Open-pit mining is anticipated to be completed by a contract mining company while the underground operation will be owner-operator with the equipment owned and personnel employed by Rockhaven.

Grid electrical power will provide the majority of the electrical power to the project over the life of the mine. The work force is expected to live in the village of Carmacks and be transported daily by bus to and from the mine site along the existing road. No allowance for a mine camp has been included in the project estimates.

Underground mining will be accomplished using mechanized longhole open stoping on 30 m sub-levels. Underground access will be achieved via two separate declines for the main parts of the BRX and Klaza zones. A third decline will access an isolated sub-portion of the Central Klaza Zone. A minimum stope width of 2.0 m was used in this study with dilution of 0.25 m in the hanging wall and 0.1 m in the footwall.

Waste rock will be used to backfill underground stopes as they are mined and to construct the tailings dams. The remainder will be disposed of in waste dumps on surface.

The Klaza process consists of comminution by crushing followed by semi-autogenous grinding and ball milling, with the ground product feeding a conventional sequential flotation circuit producing lead, zinc and arsenopyrite concentrates. The arsenopyrite concentrate is treated by pressure oxidation (POX), followed by cyanide leaching of the POX residue to recover the gold. Precious metals are also leached from the lead concentrate to increase the overall gold recovery to doré and enhance saleability of the concentrate. Final products from this process are precious-metal-rich lead and zinc concentrates as well as gold and silver as doré.

Concentrates will be dewatered and containerized for shipment to smelters. Flotation tailings will be thickened and sent to a conventional tailings impoundment, and the leached pressure oxidation residue will flow through cyanide destruction and be sent to a double-lined hydromet residue storage facility. Starting in Year 6, mined-out open-pits will be used to store the flotation tails.

Process water will primarily be sourced from underground dewatering and surface run-off, with make-up from the nearby Klaza River as necessary.

Metallurgical testwork to support the PEA has been conducted on several composites from the Western Klaza, Central Klaza and Western BRX zones, as well as a Project-Wide Composite comprising a blend of material from these zones. Testwork included grinding, flotation and pressure oxidation work.

Although this is a PEA based on Inferred Mineral Resources, Rockhaven undertook a preliminary concentrate marketing study to increase the confidence in the project’s potential economics. H. M. Hamilton & Associates Inc. was contracted to investigate possible markets and potential terms for the lead and zinc concentrates. Results from this study were used to direct metallurgical studies. Final concentrates are expected to be saleable and the findings from this study, including treatment terms and shipping distances, were used in the economic model.

Rockhaven is very pleased with the current economics presented in this PEA and believes numerous opportunities exist to further enhance the Klaza project’s value through additional studies, resource expansion and exploration. These opportunities include:

The basis for the PEA is the mineral resource estimate completed by AMC Mining Consultants (Canada) Ltd. in the NI 43-101 report dated January 22, 2016 and effective December 9, 2015 entitled “Updated Diamond Drilling, Metallurgical Testing and Mineral Resources on the Klaza Property, Yukon, Canada” which is filed on SEDAR.

A summary of this resource estimate is shown in Table V:

Rockhaven has made it a priority to engage with both the members of Little Salmon Carmacks First Nation and the citizens of the nearby village of Carmacks.

In August 2015, Rockhaven and LSCFN entered into an Exploration Benefits Agreement pertaining to exploration activities by Rockhaven within LSCFN traditional territory.

As a result of discussions with First Nation members and Carmacks citizens, a major focus of the potential future mining operations at Klaza will be to maximize the benefits to the local economy. Thus, it is envisioned that the majority of the workers will be housed in Carmacks with bus transport to and from the mine site on a daily basis. The 14-year mine life will also provide long-term stable employment in the region. The total workforce is expected to be 255 employees and 90 contractors.

The Klaza Property is 100% owned by Rockhaven Resources Ltd. and covers an area of 25,000 hectares. It is favourably located within the southern part of Yukon’s Dawson Range Gold Belt, in an area that hosts an historical gold mine, rich placer gold deposits and key infrastructure such as road access.

The Klaza property is located 50 km west of the village of Carmacks and is road accessible by a two-wheel drive road from the Klondike Highway. Rockhaven’s exploration since it acquired the project in late 2009 has included over 70,000 m of diamond drilling and 20,000 m excavator trenching.

Rockhaven Resources Ltd. is a mineral exploration company focused on growth through the advancement of its Klaza project.