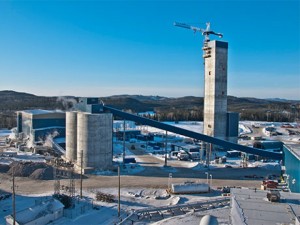 Rockex Mining Corporation (TSX:RXM) is pleased to announce the completion of the second (and final) tranche of its previously announced non-brokered private placement of units (see the Corporation’s press release dated April 17, 2013 regarding the first tranche). The Corporation issued a total of 4,928,371 Units in two tranches under the Private Placement to accredited investors or persons otherwise entitled to rely on prospectus exemptions under applicable securities laws for aggregate gross proceeds of $394,269.68. Each Unit was comprised of one common share of the Corporation and one transferable warrant of the Corporation. Each Warrant entitles the holder to purchase one Common Share at a price of $0.20 per share at any time within 24 months after the issuance of the Units. Officers, directors, consultants, other insiders and their associates subscribed for the maximum amount permissible under the rules of the Toronto Stock Exchange. All of the securities issued pursuant to this Private Placement are subject to a four month hold period.

This news release is not an offer of securities for sale in the United States. The securities have not been and will not be registered under the U.S. Securities Act of 1933, as amended, and may not be offered or sold in the United States absent registration or an applicable exemption from registration. This press release shall not constitute an offer to sell or solicitation of an offer to buy nor shall there be any sale of the above described securities in any jurisdiction in which such offer, solicitation or sale would be unlawful.