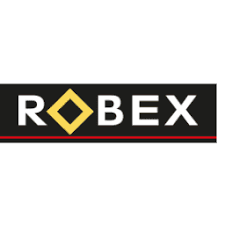 The 2020 exploration programme began with areas around the main Nampala pit. The exploration system was set up on February 5 in the E2 zone with a first drill, followed by the addition of a second drill on February 14 and a third drill on March 20.

Management’s decision to completely confine the Nampala site given the COVID situation has slowed down this pace, which has implied temporarily keeping only one drill operational; this was done to limit the number of people on site.

Given that this situation is exceptional and temporary, we plan to make up for the delay by commissioning not 3, but 4 drills as soon as confinement is shortly lifted.

This being said, the first interim results of the new 2020 exploration program in Nampala (Mali) provide promising information.

Two areas are currently being operated:

1) Zone ZE1: This definition campaign was started from the north, where the expected mineralization was well intercepted and will permit us to link the north-south zones and plan the opening of a new pit. The drilling density carried out is sufficient to eventually confirm additional resources.

2) Zone ZE2: This zone was drilled to confirm the absence of mineralization (condemnation) and thus permitting this surface to be used to store tailings and considerably reducing the distance covered by the trucks used for mining the extension to the south of the main Nampala pit and mining this new pit.

The other 6 zones are also part of the 2020 prospecting plan.

Based on the laboratory analyses received, significant intersections have already been found in RC drilling:

Figure 1 Map of the different zones around the main Nampala pit:

The following two illustrations highlight the work done to define Zone ZE1, comparing the zone as known before and after these initial results.

In red, the Au contour is greater than or equal to 0.30 g/t.
In yellow, the drilled holes are pending results.

Intervals of Au >= 0.30 g/t with a true thickness >= 2 metres, which may include 3 metres of waste rock averaging 85% of the length of the intervals.

The quality control program is rigorously monitored and verified after the receipt of each result with a minimum of 10% Whites, Standards and Duplicates.

Denis Boivin, on-site consulting geologist, Senior Geologist for MRP801 is a qualified and independent person under NI 43-101 and has reviewed and approved the disclosure of the geological information contained in this press release.

A word from the President, Mr. Georges Cohen:

What is interesting is that the investigations have confirmed a north-south continuity without a waste rock interval, which supports the notion of opening a new pit parallel to the current pit. This first conclusion having been reached, everything remains open and justifies the continuation of the important prospecting work, which we will accelerate as soon as possible. We will keep you informed on an ongoing basis as we receive and interpret the obtained results. These initial results are encouraging and lead us to believe that we should discover additional reserves.