RNC Minerals (TSX: RNX) is pleased to announce initial results from the 2020 exploration program at its Higginsville operations. Recent drilling at Hidden Secret and Mousehollow has returned strong results, driving the expansion of proposed open pit dimensions at both projects.  As part of an ongoing review of the historic drilling database at Higginsville, high grade drill intersections have been revealed at the Corona prospect which is located 2.5km from the Higginsville mill. Additionally, RNC is also pleased to announce the discovery of visible gold in a surface sample taken at the Hidden Secret project.

Paul Andre Huet, Chairman & CEO, commented: “The early results of our recent drilling and historical data review at Hidden Secret, Mousehollow and Corona are very positive for the growing project pipeline at HGO.

As part of RNC’s due diligence process during the acquisition of HGO last year, it became apparent that little exploration had been carried out across the property for many years, largely due to the onerous royalty covering a large portion of the tenements. The willingness of Morgan Stanley to work with us to reduce the royalty burden has opened up HGO for a renewed exploration program providing us economic incentive to explore and develop these areas to benefit all our stakeholders. While these early results are encouraging, work has only just begun and we are looking forward to the results of our renewed exploration focus on the recently unlocked 1,800km2 Higginsville land package.”

Hidden Secret and Mousehollow are located within the Eundynie historical mining centre 10 km east of the HGO processing plant with mine workings dating back to the early 1900s (see Figure 1).

Following the re-negotiation of the Morgan Stanley royalty at HGO, RNC has completed a total of 204 reverse circulation (“RC”) drill holes for 8,108 metres at Hidden Secret and Mousehollow. The drilling has confirmed the high grade nature of the mineralization (approximately 2.0 to 2.5 g/t) at both projects and has also extended mineralization along strike and down dip (see Figures 3, 4). Hidden Secret mineralization now has a strike length over 200 metres and a down-dip extent of 170 metres. Mousehollow currently totals 350 metres in strike length and has a down-dip extent of 150 metres.

Highlights from the drilling are listed below and show that mineralization extends to surface (MOHR0075), while also indicating that it is open at depth. Tables showing complete results and drill hole locations can be found at the end of this release.

Further drilling is planned through the second quarter of 2020 to close-off the recently defined extensions to the Hidden Secret-Mouse Hollow mineralization. Final mine designs will then be completed ahead of near term mining.

As part of the Company’s normal pre-mining procedures, surface samples were collected for a metallurgical test program for the Hidden Secret and Mousehollow projects. When collecting the samples, visible gold was observed in an outcropping quartz vein within the boundary of the proposed Hidden Secret open pit (see Figure 2).

A review of records for the Hidden Secret area has revealed the historic “Hidden Secret North” mine where last known mining occurred in 1915.

Multiple historic shafts in the area extend to depths up to 120 metres, with historic records showing grades as high as 210g/t over approximately 0.9m. The potential below these workings is yet to be tested and could provide an opportunity for additional high grade mineralization. A detailed review of previous exploration in the vicinity of the historic workings is in progress.

The ultra high grade mineralization (see Figure 5) occurs in an area approximately 150 metres to 180 metres below surface, centred around drill holes VIND047, VIND049, VIND076 and VIND092 (Alacer Gold Corp. news release, August 1, 2012). Drill intersections for these holes are listed below (tables showing additional historic results and drill hole locations can be found at the end of this release):

Historical drilling has shown the gold mineralization to be associated with a steeply east-dipping, north-south striking laminated quartz vein up to 2.0 metres wide (see Figure 5). The vein extends over 300 metres down dip, is continuous in strike over 50 to 100 metres lengths and is part of a more extensive 2 to 10 metre wide shear zone. Historical drilling indicates the ultra high grade mineralization is limited to 25 metres along strike and 90 metres down-dip as part of a more extensive, lower grade laminated quartz vein (Alacer Gold Corp. news release, August 1, 2012).

RNC has identified the Corona prospect as a high priority drill target for 2020 with initial drilling targeting near surface potential, up-dip of historical intersections.

The disclosure of scientific and technical information contained in this news release has been reviewed and approved by Stephen Devlin, Vice-President, VP Exploration & Growth, Salt Lake Mining Pty Ltd, a 100% owned subsidiary of RNC, a Qualified Person for the purposes of NI 43-101.

At the Higginsville Gold Operation reverse circulation chip sampling was conducted by RNC personnel. Samples are transported to Bureau Veritas Minerals Pty Ltd of Kalgoorlie and Perth for preparation and assaying by 40 gram (approx.) fire assay analytical method. Analytical accuracy and precision are monitored by the analysis of duplicates, additional blank material and certified standards inserted in the sample stream. Samples are weighed as received, dried and split to less than 3kg then pulverised by LM-5 to ensure a minimum 90% passing at -75µm.

The historical data referenced in this release has been reviewed under the supervision of Stephen Devlin, Vice-President, VP Exploration & Growth, Salt Lake Mining Pty Ltd, a 100% owned subsidiary of RNC, a Qualified Person for the purposes of NI 43-101, and is supported by relevant historic mineral resource reports which detail the QA/QC procedures used on drill samples and provide analysis of the results of all associated QA/QC samples including blanks, standards (CRM samples), check assays and duplicates.  All drilling from 2004 to present followed industry standard practices, with pre-2004 historic drilling not detailed but assumed to be similar to current practices (sources for such historical drill results are identified where applicable above). A qualified person has not done sufficient work to classify the historical estimate as a current mineral resource and RNC is not treating the historical estimates as a current mineral resource.

RNC is focused on growing gold production and reducing costs at its integrated Beta Hunt Gold Mine and Higginsville Gold Operations (“HGO”) in Western Australia. The Higginsville treatment facility is a low-cost 1.4 Mtpa processing plant which is fed at capacity from RNC’s underground Beta Hunt mine and open pit Higginsville mine. At Beta Hunt, a robust gold mineral resource and reserve is hosted in multiple gold shears, with gold intersections along a 4 km strike length remaining open in multiple directions. HGO is a highly prospective land package totaling approximately 1,800 square kilometers. In addition, RNC has a 28% interest in a nickel joint venture that owns the Dumont Nickel-Cobalt Project located in the Abitibi region of Quebec. Dumont contains the second largest nickel reserve and ninth largest cobalt reserve in the world. RNC has a strong Board and management team focused on delivering shareholder value. 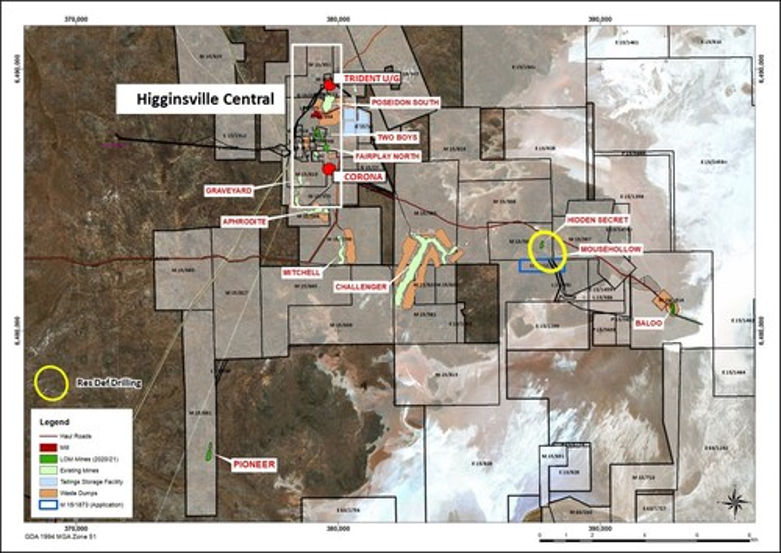 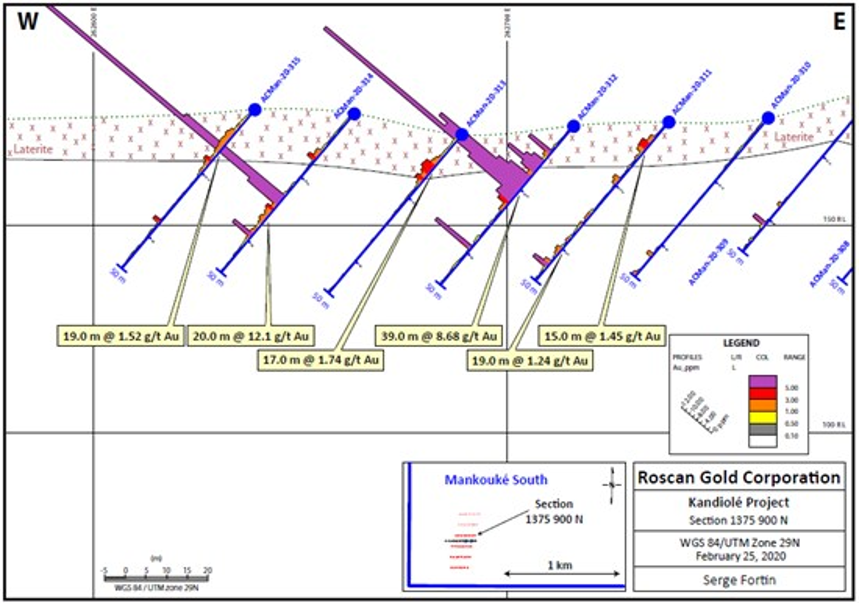 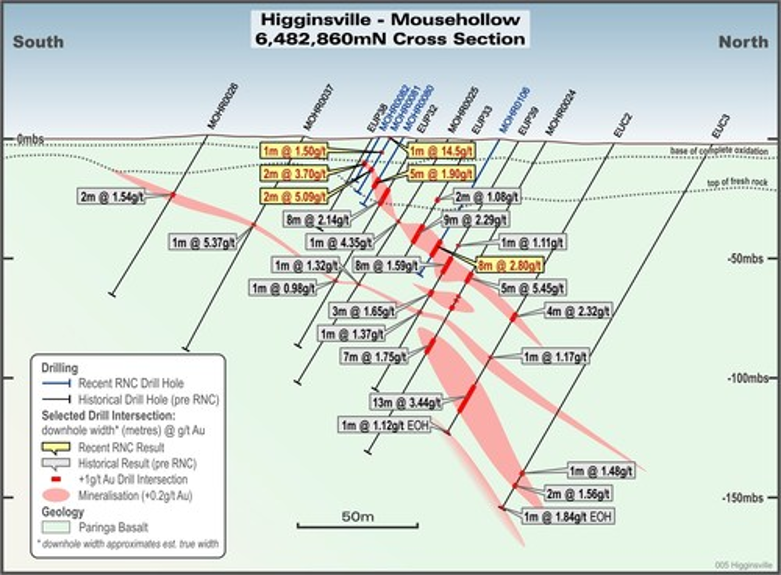 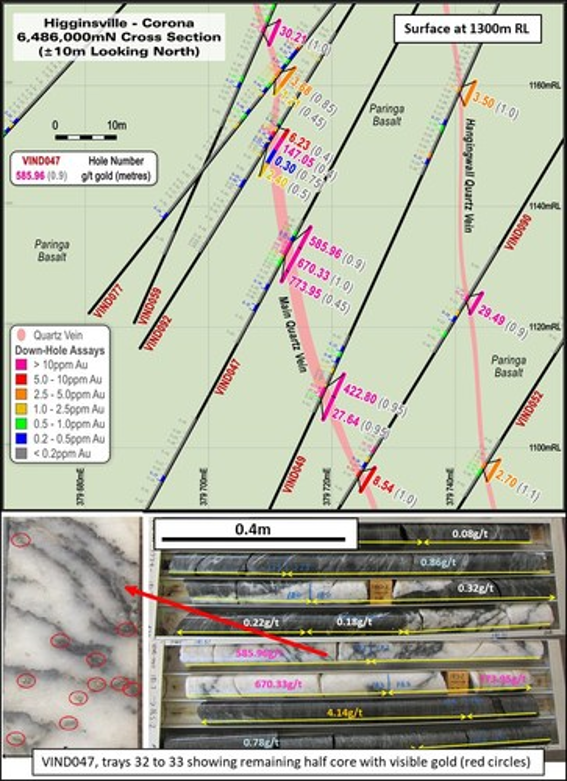