RNC Announces Withdrawal of US$12 million from Dumont Joint Venture

RNC Announces Withdrawal of US$12 million from Dumont Joint Venture 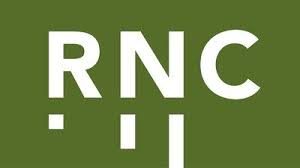 Mark Selby, President and CEO of RNC, commented, “This cash withdrawal avoids significant equity dilution at current price levels and allows a significant reduction in RNC’s debt with the elimination of the majority of its debt payments in 2018. With the improved visibility from the Beta Hunt sale process, we believe that the value of the debt extension announced on May 31, 2018 has been reduced. RNC continues to focus its strategic efforts on the advancement of the Dumont Nickel-Cobalt Project, which contains the world’s largest undeveloped reserves of both cobalt and nickel.”

RNC will retain US$4 million of cash in the Dumont JV, which will be more than sufficient to cover its share of the expenditures that are planned to advance Dumont towards a construction decision. With the improved visibility on a sale of Beta Hunt reinforced by RNC’s receipt of multiple non-binding indicative offers, the benefit associated with the prior-announced debt extension has been reduced as RNC expects that this debt will be repaid out of the proceeds of sale (or assumed by a Beta Hunt purchaser as part of the total consideration for the asset). This cash withdrawal and the planned sale of Beta Hunt would eliminate a significant portion of RNC’s debt and fund the majority of the company’s debt repayments due in 2018. RNC will also not be proceeding with the purchase of the Beta Hunt nickel royalty that was announced on May 31, 2018.

RNC currently owns 50% of the Dumont JV, which in turn holds the Dumont Nickel-Cobalt Project. In order to obtain the withdrawal of these funds, RNC has agreed remove the Dumont project conversion cap under the US$10 million convertible note entered into by RNC and Waterton in June 2017. As a result, if these conversion rights are exercised by Waterton for additional units of the Dumont JV, RNC’s interest would be diluted to approximately 28% (as compared to 40% under the prior terms of the convertible debenture, assuming that Waterton converted the full US$10 million in principal and RNC repaid US$5.5 million of the convertible note in cash). If RNC were diluted to approximately 28% of the Dumont JV, RNC would retain its right to act as manager of the Dumont JV, but would no longer hold veto rights on certain fundamental joint venture matters or the ability to trigger certain exit rights included in the current joint venture arrangements.

RNC is a multi-asset mineral resource company with a portfolio of nickel, cobalt, and gold production and exploration properties. RNC has a 50% interest in a nickel joint venture with Waterton that owns the Dumont Nickel-Cobalt Project located in the Abitibi region of Quebec which contains the second largest nickel reserve and eighth largest cobalt reserve (the largest undeveloped nickel and cobalt reserves in the world). RNC has a 100% interest in the producing Beta Hunt gold and nickel mine located in Western Australia and a 42% interest in Orford Mining Corporation, a mineral explorer focused on highly prospective and underexplored areas of Northern Quebec and the Carolina Gold Belt in the United States. RNC also has a 29% stake in the producing Reed Mine in Manitoba. RNC has a strong management team and Board with over 100 years of mining experience at Inco and Falconbridge.