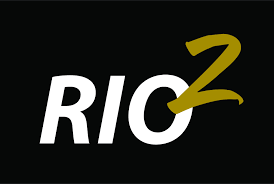 MPSF has been acquired by Rio2 for USD 1.5 million cash from Inversiones Alxar S.A. a subsidiary of Empresas Copec S.A., a large Chilean industrial conglomerate.

The existing MPSF processing plant was established in the early 1990s by a previous owner to process gold and silver ore from the nearby Can-Can, Arqueros and Caique mines. Processing of ore from those mines ceased in 2005 and between 2008 and 2013, the plant reprocessed the tailings produced from previous ore processing at the production rate of 800 tonnes per day. In 2013, MPSF acquired the processing plant and associated infrastructure which have remained inactive since then.

The acquisition of MPSF brings several strategic benefits to Rio2 and its optimization plans for the development of its nearby Fenix Gold Project, currently guided to commence construction in Q4 2021.

These strategic benefits include:

The facilities at MPSF include a water bore which has permitted usage of 5 litres per second which is 20% of the water requirements for the current configuration of the Fenix Gold mine, at a throughput rate of 20,000 tonnes per day. Access to this water will have a positive impact on the water costs currently estimated for the Fenix Gold Project.

The acquisition of MPSF has been funded from existing cash reserves.

The Company remains prudent with its cash as it advances the Fenix Gold Project to the construction stage in Q4 2021. In addition, Rio2 terminated its exploration earn-in agreement in December 2019 with Nexa Peru S.A.A. The termination of this agreement enabled the Company to save USD 1.5 million which it was scheduled to expend in 2020.

Based on current budgeting and projections, the Company is funded through to at least the end of Q1 2021. A technical and corporate update will be provided over the coming weeks regarding the progress being made for the development of the Fenix Gold Project.

Rio2 is a mining company with a focus on development and mining operations with a team that has proven technical skills as well as a successful capital markets track record. Rio2 is focused on taking its Fenix Gold Project in Chile to production in the shortest possible timeframe based on a staged development strategy. In addition to the Fenix Gold Project in development in Chile, Rio2 Limited continues to pursue additional strategic acquisitions where it can deploy its operational excellence and responsible mining practices to build a multi-asset, multi-jurisdiction, precious metals company focused in the Americas.