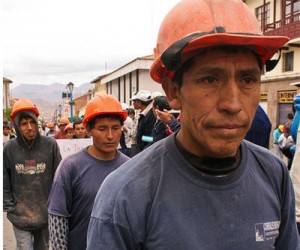 Rio Alto Mining Limited (TSX:RIO)(NYSE MKT:RIOM)(LMA:RIO)(FRANKFURT:MS2) announces that it has temporarily suspended mining activities at its La Arena Gold Oxide Mine due to a blockade of the Trujillo to Huamachuco public road by a group led by the Central Unica de Rondas Campesinas. The Trujillo to Huamachuco road is the Company’s main access route for people and supplies.

Starting May 29, 2013, the CURC of the Province of Sanchez Carrion – La Libertad, declared an indefinite blockade of all the public access roads in the area of the Province as a protest against the Peruvian judicial system, the local District Attorney and the Peruvian Police Force. Since that date, the La Arena Gold Mine has been able to operate normally on a backup of supplies, but today fuel stocks have run down to a level where mining and civil construction activities have to cease. The remaining fuel will be sufficient to run the mine’s gold processing facilities for another 14 days.

Rio Alto’s total gold production during 2013 may be negatively impacted due to this situation. Rio Alto will provide updated guidance in this regard following the resumption of mining activities.