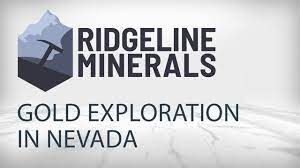 Ridgeline Minerals Corp. (TSX-V: RDG) (OTCQB: RDGMF) (FSE: 0GC0)  is pleased to announce that it has entered into a transaction with Nevada Gold Mines LLC, a joint venture between Barrick Gold Corp. and Newmont Corp., pursuant to which NGM can acquire an interest in Ridgeline’s Swift gold project; a district-scale (75 km²) land package located in the prolific Cortez District of the Battle Mountain – Eureka Trend (Figure 1) in Nevada. NGM can incur a minimum of US$ 20 million (of which US$ 4 million is guaranteed) in qualifying work expenditures over an initial five-year term to earn an initial 60% interest in Swift, and will have further options to increase its interest to a total 75% interest. NGM will assume operatorship of the project immediately. Highlights of the proposed earn-in agreement are outlined below.

Chad Peters, Ridgeline’s President, CEO & Director commented, “Our singular focus as a company is to create value per share through discovery and we are delighted to partner with the Nevada Gold Mines team as they apply their proven track record of discovery to the Swift gold project. Through this partnership, Ridgeline will significantly reduce the exploration risk inherent with deep drilling in Nevada, while retaining meaningful upside at Swift across all levels of project development moving forward.” 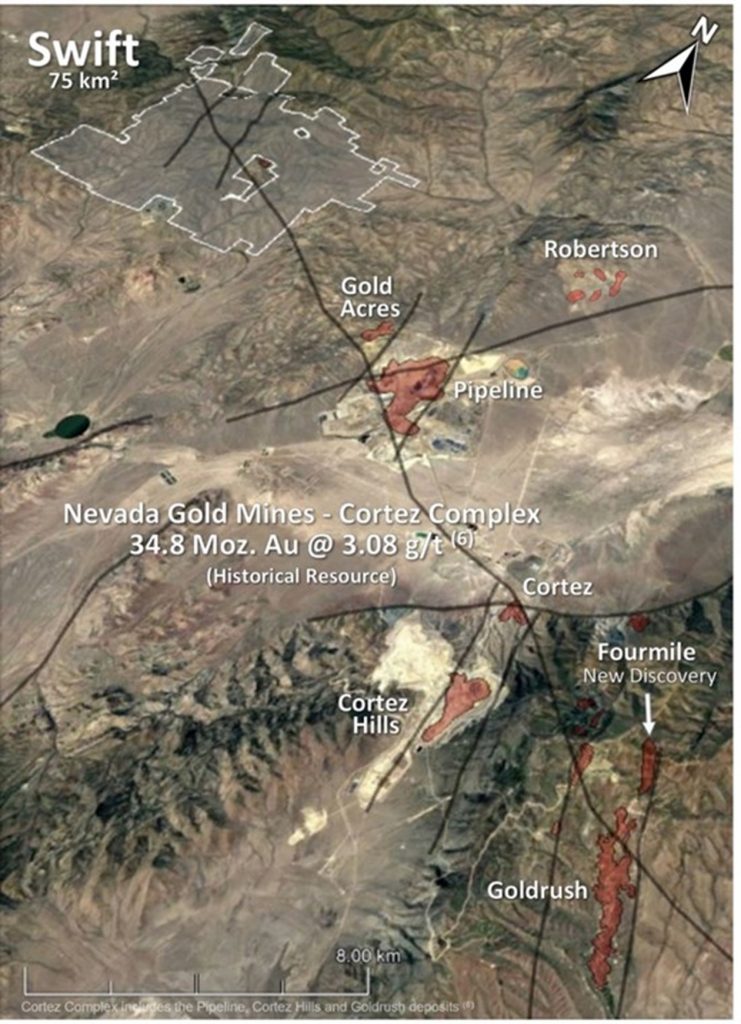 Swift is located on the Cortez District of the historic Battle Mountain – Eureka Trend approximately 30 km south of the town of Battle Mountain, in Lander County, Nevada. The 75 km² property is on trend to the Pipeline, Cortez Hills, and Goldrush deposits (View our Swift VRIFY Presentation), which comprise the multi-million ounce Cortez Complex owned by Nevada Gold Mines (a joint venture between Barrick Gold Corp. and Newmont Corp.). Ridgeline’s 2020 Phase I drill program intersected typical Lower Plate carbonate host rocks of the Cortez District including the Wenban Formation (primary host to all >5.0 million ounce gold deposits in the Cortez District), which had been historically misidentified in the project area. Recognizing the preserved Wenban formation was an important technical milestone for the project and further validates the district-scale discovery potential at Swift.

Technical information contained in this news release has been reviewed and approved by Michael T. Harp, P.Geo. the Company’s Vice President, Exploration, a qualified person within the meaning thereof under National Instrument 43-101 and responsible for technical matters of this release.

Ridgeline is a discovery focused gold-silver explorer with a proven management team and a 154 km² exploration portfolio across four projects in the highly prospective Carlin and Battle Mountain – Eureka Trends in Nevada, USA.