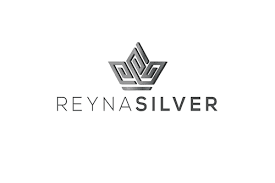 Highlights of the assay results of the program to date are presented below in Table 1. A full list of assays with location maps and field photographs may be found on Reyna’s website www.reynasilver.com.

“Batopilas is Mexico’s historically highest-grade silver district, and we are delighted to have cut native silver in the second hole drilled beneath the new veins we exposed by trenching last year. We know from historic records that Batopilas native silver bodies can swell rapidly from a few centimeters to a meter or more, so we are really looking forward to offsetting these early widely-spaced holes to see if we have latched onto something big,” said Jorge Ramiro Monroy, Reyna Silver’s President and CEO. “Cutting gold at Teodoro is a welcome bonus that potentially opens an entirely new facet of this prolific district and our team is hard at work on that.”

“The elevated gold that we are encountering in this northeastern part of the district is a very pleasant surprise we have not seen during earlier work in the historic mining center,” said Dr. Peter Megaw, Reyna Silver’s Chief Exploration Advisor. “Notably the gold and silver do not seem to occur in the same core intervals, so it remains to be seen if we’re looking at different stages of mineralization or different sources.”

Hole BA21-30 was the second hole drilled in the new 2021 exploration campaign. The hole was targeted beneath a series of trenches cut in 2020 (see Figure 1) along the projection of the vein trends from the historic western portion of the district. These trenches were cut through alluvium cover and exposed the blind native silver bearing “Cobriza” vein in a chloritized clastic andesite host rock. The native silver mineralization occurs in massive calcite gangue accompanied by traces of light colored “honey” sphalerite, which is historically known to be present in the extremes of Batopilas native silver ore shoots.

Hole BA21-34 was the sixth hole of the 2021 campaign and the first in the Teodoro vein area where high gold grades were found in 2020 trenching (see Figure 1). In contrast to the silver-rich Cobriza vein, the Teodoro is a gold-rich, quartz dominant vein breccia with abundant pyrite.

Please click on the link below to see Reyna Silver’s President and CEO, Jorge Ramiro Monroy explaining the initial drill results at the Batopilas project.

Batopilas is famous as Mexico’s highest-grade silver district, having produced an estimated 200-300 million ounces of silver from native-silver rich calcite veins averaging 200 ounces per ton silver. The native silver ore shoots occur sporadically along throughgoing structures traceable for multiple kilometers across the district. Historic mining proceeded by following these veins, often mere 1 to 2 cm calcite seams, until they opened up into 1 to 4m wide, steeply inclined shoots 30-80m wide on level and as much as 350m tall. Colonial era mining dominantly worked downwards from the surface, while the last organized mining in the district (1879-1913) was undertaken from tunnels driven at river level beneath the colonial workings. These modern efforts were interrupted by the Mexican Revolution in 1913 long before the deeper tunnels could be driven beneath many of the colonial era workings.

Reyna Silver’s exploration program in the district is focused on tracing the known and projected native-silver bearing veins into the less explored and exploited parts of the district using surface mapping, trenching and satellite imagery. Reyna’s planned 10,000 meters, Stage 1 drilling campaign began in June 2021 and is on-going.

Reyna Silver, follows industry standard procedures for diamond core drilling and sample analysis.  Drilling is carried out using NQ and HQ size tooling.  Drill core is cut in half using a diamond rock saw with one-half of the core then taken as a sample for analysis and the other one as a register.  Sample intervals are generally from 0.2 to 2 m intervals, producing samples of between 0.6 to 10 kg.  Half-core samples are delivered to the internationally certified ALS Minerals laboratory facilities in Chihuahua city where the samples are prepared. ALS has a Quality management system (ISO 17025) and Assays are completed by ALS Minerals in Canada.  The samples are fire assayed for Au (Au-23) and are analyzed for Ag and multi-elements using method code ICP (ICP-41) following an aqua regia digestion.  Over limits are analyzed using an appropriate method.  Multi-element geochemical standards and blanks or duplicates are inserted systematically into the drill core sampling series to monitor lab performance. The control samples are inserted each 25 samples in the case of standards, blanks, and field duplicates, and for rejects and pulps duplicates each 30 samples intercalated. Referent to the chain of custody the samples are transported from Batopilas by own Reyna Silver personal to ALS Chemex in Chihuahua City.

Dr. Peter Megaw, Ph.D., C.P.G., the Company’s Chief Exploration Advisor and Qualified Person, reviewed the technical aspects of exploration projects described herein and is responsible for the design and conduct of the exploration programs and the verification and quality assurance of analytical results. Dr. Megaw is not independent as he and/or companies with which he is affiliated hold Net Smelter Royalties on the Guigui and Batopilas Projects that predate Reyna Silver acquiring them.

Reyna Silver Corp. is a silver exploration company with a robust portfolio of silver assets in Mexico and the US. The Company was built around the Guigui and Batopilas Projects, which formed part of MAG Silver’s original IPO portfolio. It is also actively exploring the Medicine Springs project in Nevada, another CRD target and the La Reyna Project in Chihuahua, an epithermal vein project in the historic district of Cusihuiriachi. Reyna’s strategy centers around leveraging its expertise in Mexico to explore projects that have the potential for high-grade, district-scale discoveries.

A Video accompanying this announcement is available at: