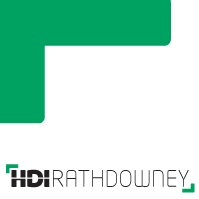 Rathdowney Resources Ltd. (TSX‐V: RTH) announces that it has closed the first tranche of the unit private placement announced previously on April 21, 2020, consisting of 13,402,491 Units issued for gross proceeds of CAD $1,206,224.

Each Unit is comprised of one common share of the Company plus one common share purchase warrant. Each Warrant can be exercised for a five year period from the Closing Date (as hereinafter defined) at $0.11 per Warrant Share (as hereinafter defined). In the event that the closing price of the common shares of the Company is at or above $0.15 per share for a period of 10 consecutive trading days during the warrant exercise period (with the 10th such trading day hereafter referred to as the “Eligible Acceleration Date”), the warrant expiry date shall accelerate to the date that is 60 days after the Eligible Acceleration Date.

Proceeds will be used to advance permitting and engineering activities in Poland on the Company’s Olza zinc-lead-silver project towards the final submission for its Polish Mining License, as well as for general corporate working capital purposes.

About Rathdowney and Project Olza

Project Olza is located in the Upper Silesian Mining District of southwestern Poland, a world-class region of Mississippi Valley-type deposits with well-developed mining infrastructure.  Easily accessible by road, railway, power, and a skilled workforce, the Olza project site is a one-hour drive from Krakow, a major city with full services, including an international airport.  The deposits at Olza are 25 km from the ZGHB zinc smelter at Boleslaw. A railway line runs through the Olza project-area, linking it to the local facilities and also to other smelters through the port of Gdansk on the Baltic Sea.

Initial drilling by Rathdowney over approximately 30% of the area of extensive drilling by the Polish Geological Survey, resulted in the estimation of 24.4 million tonnes of inferred mineral resources grading 7.02% combined zinc and lead1, with excellent potential for expansion. Polish Geological Survey drilling delineated a historical resource of 77 million tonnes grading 6.15% Zn+Pb in C1/C2 categories that are similar to the Soviet Classification2.  A qualified person, under NI43-101 rules, has not done sufficient work to classify this historical estimate as current mineral resources and the Company is not treating them as current.

A Preliminary Economic Assessment announced in early 2015 based on the 24.4 million tonne resource, indicates strong potential financial returns for a 6,000 tpd underground operation and conventional treatment facility, producing two marketable concentrates3.  The project has a post-tax net present value of US$219 million at 5% discount4, and US$170 million NPV at 8% discount. Free cash flow in the first three years of full production averages US$125 million per year (cumulatively US$375 million), ample for debt financing and near term project payback.

The PEA is preliminary in nature and includes Inferred Mineral Resources that are considered too speculative geologically to have the economic considerations applied to them that would enable them to be categorized as Mineral Reserves. There is no certainty that the PEA will be realized; however, it does highlight the economic potential of the inferred resources if developed in line with the development plan outlined in the PEA.

David J. Copeland, P.Eng., President and CEO of Rathdowney and a qualified person as defined under NI43-101, has reviewed the technical information in this release.