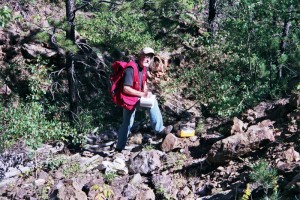 Rare Element Resources Ltd. (NYSE MKT: REE)  (TSX: RES), a mineral resources company advancing development of the Bear Lodge Critical Rare Earth Project, announced today it has signed a Memorandum of Understanding with the US Forest Service, Bearlodge Ranger District. The signing of the MOU officially starts preparation of an Environmental Impact Statement on the Bear Lodge Project, which will be prepared in accordance with National Environmental Policy Act procedures. The Forest Service will designate a Project Manager to act on its behalf to oversee the analysis and supervise the efforts of the 3rd party EIS consultant. The selection process for the 3rd party EIS consultant is currently underway.

“Starting the EIS process is a significant milestone in our progress toward bringing the Bear Lodge Project into production,” said Randall J. Scott, President and Chief Executive Officer. “The work we have done over the last several years, which includes extensive baseline data collection and the development of a thorough plan of operations, should expedite this process and support our goal of making Bear Lodge the next world-class critical rare earth project to reach production.”

The MOU outlines the working arrangements, conditions and requirements of both the Forest Service and Rare Element with regard to completion of the EIS, including the process by which the 3rd party consultant will be selected and supervised. Applicants for the position of Project Manager an internal Forest Service position, are currently under review by personnel at the Bearlodge Ranger District. The PM and 3rd party consultant will initially work together to develop a public involvement plan, which will include the public scoping process.

Rare Element Resources Ltd. is a publicly traded mineral resource company focused on exploration and development of rare-earth element deposits, specifically those with significant distribution of critical rare earths. The Company is advancing development of the Bear Lodge Project, located in northeast Wyoming. Bear Lodge is a significant mineralized district containing many of the less common, more valuable critical rare earths that are essential for electronics, fiber optics, laser systems for health and defense, as well as many evolving green technologies, like hybrid cars, solar panels and wind turbines. Permitting and feasibility work on the Project is currently underway.