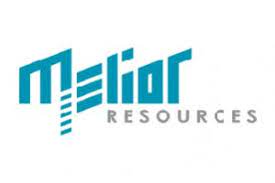 Melior Resources Inc. (TSX-V: MLR) is pleased to announce that on July 14, 2021 Ranchero Gold Corp. closed its previously announced brokered and non-brokered private placement  pursuant to which Ranchero issued an aggregate of 9,107,068 subscription receipts at a purchase price of $0.55 per Subscription Receipt for aggregate gross proceeds of $5,008,887.

The Concurrent Financing was completed in connection with the previously announced reverse takeover transaction with Ranchero pursuant to which Melior will acquire all of the issued and outstanding securities of Ranchero by way of a three-cornered amalgamation in accordance with the terms and conditions of the amalgamation agreement dated February 17, 2021, as amended, among Melior, Ranchero and 1274169 B.C. Ltd., a wholly-owned subsidiary of Melior, as more particularly described in the Company’s news releases dated November 2, 2020, February 18, 2021 and July 13, 2021. Pursuant to the Transaction, Ranchero will amalgamate with Melior Newco, and Melior will acquire all of the outstanding common shares of Ranchero from the Ranchero shareholders in exchange for post-consolidation common shares of Melior on the basis of one Resulting Issuer Share for one Ranchero Share. Prior to the completion of the Transaction, Melior intends to consolidate its common shares on the basis of 32.6764 pre-consolidation common shares for one post-consolidation common share of Melior.

Each Subscription Receipt entitles the holder thereof to automatically receive, upon satisfaction of certain escrow release conditions, one Ranchero Share, which shall immediately be exchanged for one Resulting Issuer Share upon completion of the Transaction. The resulting issuer of the Transaction intends to use the proceeds of the Concurrent Financing for exploration and development of its properties in Mexico and for working capital and general corporate purposes.

Haywood Securities Inc. acted as the agent and bookrunner to locate purchasers in the Concurrent Financing on a best-efforts agency basis. In consideration for the services performed by the Agent in connection with the Concurrent Financing, Ranchero has paid a cash fee of $5,720.08 (50% of which is held in escrow and will be released upon satisfaction of certain escrow release conditions) and issued 10,400 broker warrants to the Agent. Ranchero also engaged certain finders to locate purchasers to participate in the Concurrent Financing and in consideration for their services paid an aggregate cash fee of $186,486 and issued an aggregate of 308,693 finder warrants. Each Broker Warrant and Finder Warrant will be exchanged for one warrant of the Resulting Issuer on completion of the Transaction, which will entitle the holder thereof to acquire one Resulting Issuer Share at an exercise price of $0.55 per Resulting Issuer Share for a period of 24 months from the closing of the Transaction.

The gross proceeds of the Concurrent Financing less certain deductions and 50% of the cash fee payable to the Agent, applicable taxes and expenses of the Agent incurred in connection with the Concurrent Financing are held in escrow by TSX Trust Company, the subscription receipt agent, in accordance with the terms of a subscription receipt agreement dated July 14, 2021 between TSX Trust Company, Ranchero and the Agent, and the remaining portion of the cash fee payable to the Agent and the balance of the gross proceeds will be released to the Agent and Ranchero, respectively, upon the satisfaction of certain escrow release conditions in connection with the Transaction.

All securities issued in connection with the Concurrent Financing are subject to an indefinite hold period, as required under applicable securities laws.

Furthermore, the Company announces that Mr. George Lloyd has today resigned from the board of directors of the Company to pursue other opportunities. The Company thanks Mr. Lloyd for his valuable contributions and wishes him every success in his future endeavors.