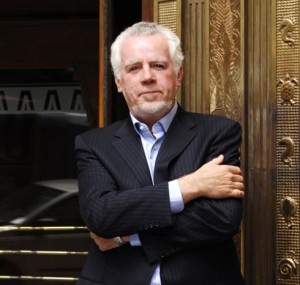 Radius Gold Inc. (TSX-V:RDU) (OTCBB:RDUFF) is pleased to announce that it has entered into an agreement with renowned prospector, Merrill Palmer, to lease a 100% interest in the Mineral Property which consists of a series of 78 federal mining claims covering approximately 562 hectares in the historic Mineral Mining District, Washington County, Idaho.

The Mineral Mining District was so-named after prospectors discovered silver-bearing base metal veins in the area during the 1870s. A town site was established and small-scale silver mining of high-grade veins began in the 1880s and continued in earnest until the repeal of the Sherman Silver Purchase Act by President Cleveland in 1893, which caused a collapse in the silver price and decimated the silver mining industry. The mines and smelters at Mineral shut down at that time, and subsequent mining was very sporadic and at a small scale from then through to 1950. The District has been essentially dormant since then apart from a few years of exploration in the late 1960s and 1970s, and has escaped modern exploration efforts altogether.

Cyprus Mines Corporation acquired a land position in the area in 1968 after reconnaissance work indicated the presence of two types of deposits: silver-bearing base-metals veins in a package of volcanic and sedimentary rocks, and porphyry-type copper hosted in a diorite and quartz diorite intrusion. Their exploration program, undertaken between April of 1968 and February of 1970, consisted of geological mapping, geochemical soil surveys, a 17 line-mile IP-resistivity geophysical survey, and a 40 hole program of reverse circulation, churn, and diamond drilling.

Cyprus’s exploration efforts were focused on establishing the presence of a low-grade, near-surface silver deposit amenable to bulk mining methods. Although they intersected narrow high-grade Ag-bearing veins in the historically mined area, they considered the near-surface deposit model to be a failure and terminated the project before completion of the secondary objective of evaluating the copper potential within the intrusions. Radius has been able to obtain the 1968 through 1970 results from the Cyprus programs.

As part of its due diligence work on the Mineral Property, Radius selectively sampled and spot-checked the soil grid, confirming the Cyprus results. In addition, the Company digitized and inverted the raw 1969 geophysical data to obtain modern 2D inversions of both resistivity and IP effect, something Cyprus would not have been able to accomplish at the time of the survey.

The 1968 soil survey outlined a broad greater than 400 ppm Cu-in-soil anomaly with an area of approximately 1.5 km by 3 km, associated with the diorite and quartz diorite intrusions. Coincident with the soil anomaly is a broad zone of anomalous IP effect, potentially caused by the presence of disseminated sulphides. Whereas the Cu-in-soil anomaly terminates abruptly on the northern contact of the intrusion with overlying sedimentary and volcanic rocks, the IP effect is observed to dive off to the north under the north-dipping overlying rocks, suggesting that the zone of potential copper mineralization may be larger than indicated by the soil geochemistry.

The drill results presented here are quoted from the following historical reports:

Radius believes the work was performed to a professional standard, and has verified the locations of the probable drill collars, but has not independently confirmed the drill logs or results.

More recently, prospecting work undertaken by Mr. Palmer has demonstrated the existence of sheeted 0.1 to 1 m thick quartz-tourmaline veins within the intrusion that grade up to 30 ppm Au and 5% Cu. Neither these sheeted veins nor the vast majority of the IP and soil anomaly has been tested.

Radius believes it has uncovered a promising Cu-Au target in a mining-friendly jurisdiction that has been completely overlooked by modern exploration, and intends to start work immediately on the Property to bring it to drill-ready stage.

The Company has been granted a lease of 100% of the Property (subject to a 3.0% net smelter return royalty) of up to 99 years which the Company may keep in good standing by making annual advance royalty payments to Mr. Palmer of US$50,000 for the first year and increasing US$10,000 each subsequent year, for a total of US$1,100,000 over the first ten years. Annual payments after the tenth year of US$150,000 will be required until commercial production has commenced. During the first five years of the lease, the Company may reduce the NSR royalty to 1.5% by paying US$2.0 million to Mr. Palmer.

As part of its due diligence program on the Property, the Company submitted soil and rock chip samples for analysis to Acme Analytical Laboratories. The soils were prepared with an aqua regia digestion and analyzed by ICP-MS (Acme AQ251). Rock chip samples were pulverized to 200 mesh, and prepared with an aqua regia digestion, followed by ICE-ES (AQ300), or digested by 4-acid digestion (Acme MA370), and analyzed by fire assay fusion and ICP-ES (FA330-Au and FA530).

Radius has been exploring for gold in Latin America for over a decade. The Company has a strong treasury as a result of exploration asset sales and is looking for project acquisition opportunities across the globe.