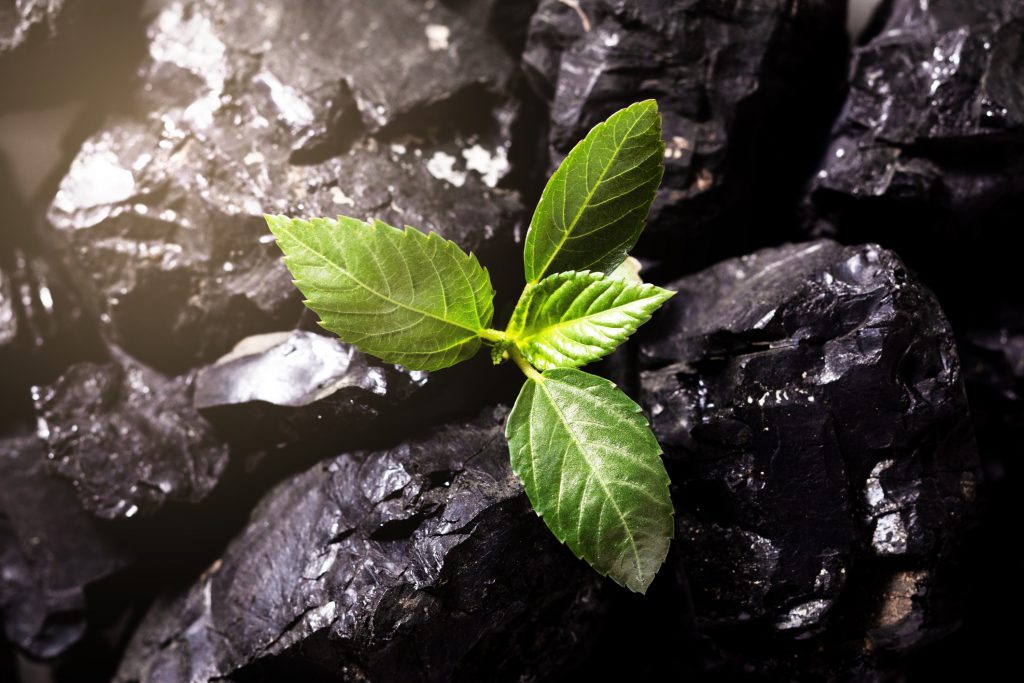 The massive global effort to decarbonise the energy sector is underway, and the race to net zero is shaping up to be an investment opportunity to define the decades to come.

Research suggests that as the price of adopting green energy continues to fall, so will the global demand for fossil-fuelled energy sources. Eventually a tipping point will be reached, and fossil fuel dependent energy companies’ assets will become ‘stranded’ unless they can adapt or pivot toward new sustainable energy practices.

As nations in the first world expand and those from the second and third world modernise, so will their energy needs, meaning we will need more electricity, more hydrogen, more nuclear and more yet-to-be-discovered energy sources than ever before.

For the companies participating in Australia’s biggest mining conference, the International Mining and Resources Conference (IMARC) in 2022, staying in the race to decarbonise is essential.

Research suggests that the tipping point for fossil-fuelled energy providers will come when costs for renewables reach parity with the lowest-cost traditional fossil alternatives, and this could be much sooner than 2050.

For such companies, demonstrating the long-term value to investors in a soon-to-be stranded asset class is becoming an increasingly hard sell. But it does not have to be. By pivoting toward renewable energy and investing in a low-carbon future, companies can ensure their survival after net zero.

EDL CEO James Harman said that the industry was making the slow but sure transition to decarbonisation.

“In the early 2010s, EDL started looking to solar and wind generation as alternatives to fossil fuels across our portfolio, particularly for off-grid customers in remote Australia who were largely dependent on diesel- or gas-fuelled generation.”

“In recent years, we have enjoyed great success with our hybrid energy solutions, helping our customers reduce their carbon footprint, but importantly maintaining and improving reliability whilst holding or reducing price. For example, our Agnew Hybrid Renewable Microgrid at Gold Fields’ Agnew Gold Mine provides the mine with energy that is an average of 50–60 per cent from renewable sources, with 99.99% reliability.”

Environmental, Social and Governance (ESG) frameworks are, at their core, risk assessment tools that consider the effect climate change will have on investors’ value creation opportunities. In June 2021, research and advisory experts, Gartner, released some jaw-dropping facts about the growing importance of ESG credentials.

Harman acknowledged that it was important for attitudes and practices across the energy sector to change.

“Given that electricity generators are some of Australia’s biggest carbon emitters and most of the product generated is carbon intensive and derived from fossil fuels—the most important ESG themes for energy companies are climate change action and environmental stewardship,” Harman said.

“This includes investment in research and development into zero emissions technologies such as distributed energy solutions, energy storage, and alternative renewable fuels as well as Carbon Capture Storage (CCS).”

ABB Australia Head of Mining Nik Gresshoff is encouraged by the innovation and progress he’s seeing in electrification and hydrogen technologies. ABB Australia is a Gold Sponsor of IMARC in 2022.

“The challenge for mining companies now is to map out their own journey, and to weigh up the gains that can be achieved now through automation, along with the investment required to get to net zero,” Gresshoff said.

Gresshoff recommends companies first define what their carbon footprint is, and what falls within their scope for decarbonisation, before beginning a net-zero journey. “Are they focusing on direct and indirect emissions initially or including the whole supply chain from the outset?” Gresshoff said.

Can dinosaurs survive the Ice Age?

Fossil fuels may be going the way of the dinosaurs that created them, but economies of the future will still require the massive infrastructure frameworks and operational capacities to meet current and future energy needs.

In fact, economists have suggested that an overnight collapse of the energy giants could result in massive job cuts and instability leading to a global economic recession.

As was made clear at the Glasgow Summit, there is a ‘wall of money’ that will be available for the energy companies of the future – whether that is retrofitting existing gas pipelines for transport of liquid hydrogen or utilising closed coal mine sites for new nuclear power sites, or any number of ways that energy companies can and are pivoting.

EDL believes that there is opportunity for many technologies to play their part.

“There won’t be a one size fits all energy solution that achieves affordability, reliability and sustainability for our diverse country,” Harman said.

“Large conventional power stations are and will continue to be replaced with lower emissions plant with support to make them more dispatchable, allowing cheaper renewable energy to be scheduled when available.

“For shorter term storage, batteries are feasible but longer-term storage is currently uneconomic. There are a few potential options to resolve this including pumped hydro, new kinds of batteries and hydrogen.

“Based on our experience in the USA, we also see the potential for Renewable Natural Gas (RNG) (or biomethane) to play a significant part in the transition from fossil fuels to renewables in the industrial, heating, power and transport industries. RNG production is a technologically mature, ready to scale product that is deployable now.”

For the companies participating in Australia’s biggest mining conference, the International Mining and Resources Conference (IMARC) in 2022, pivoting towards new sustainable energy practices is critical to survival.

EDL’s James Harman will be sharing further insights on net zero at the upcoming International Mining and Resources Conference (IMARC) in Melbourne on January 31st to February 2nd, 2022.